An oil pipe leak caused excessive levels of the toxic chemical benzene in a major Chinese city's water supply, prompting warnings against drinking from the tap and sending residents to queue up to buy bottled water. 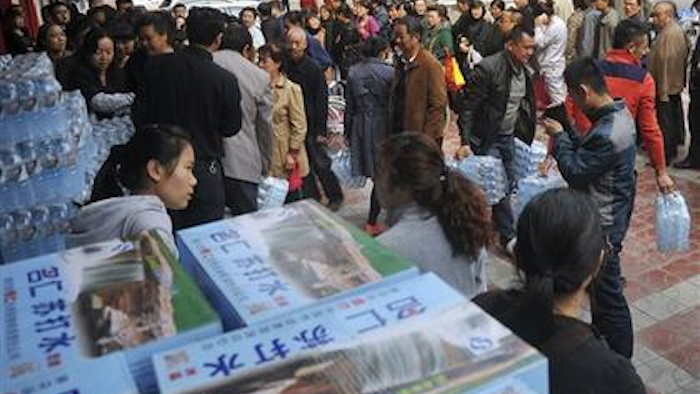 BEIJING (AP) -- An oil pipe leak caused excessive levels of the toxic chemical benzene in a major Chinese city's water supply, prompting warnings against drinking from the tap and sending residents to queue up to buy bottled water.

The scare, which has affected more than 2.4 million people in the northwestern city of Lanzhou, has once again raised concerns over safety of China's oil pipes.

In Lanzhou, a crude oil pipeline run by the state-owned China National Petroleum Corp. had a leak that tainted the source water feeding a local water plant, the official Xinhua News Agency said.

The city of Lanzhou said it has been monitoring levels of benzene in water pipes to ensure public safety, while local residents have been lining up to stock up on bottled water.