Bhopal: Coming To A Theater Near You

There’s two ways one can look at this film. First is that it’s a remarkable opportunity to instruct people around the world about an event that isn’t well-known. The second is that it’s exploitative and simply wrong on the facts, whatever those may be. 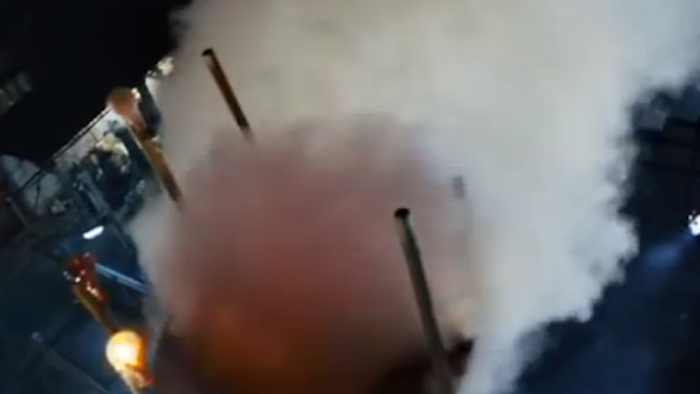 I recently saw a trailer for Bhopal: Prayer for Rain, a feature-film dramatization for what is considered to be the worst industrial disaster in the history of mankind. The film, which has been in the works for years, is finally coming to American shores at some point this year, and has the opportunity to teach a number of likely ignorant Americans about what happened there. Dramatization aside, it truly was a tragedy, and is still a major health hazard to those who live in the area.

Here’s the trailer, if you’re curious:

The trailer goes a decent enough job of briefing the situation: Union Carbide India Limited had a pesticide plant in Bhopal, India. That plant had a history of leaks and accidents involving the local workforce, resulting both in death and serious injury. On the night of December 2nd and 3rd, a tank containing 42 tons of methyl isocyanate (MIC), a chemical used in the production of pesticide, failed, which sent a cloud of highly toxic gas into the nearby shanty towns. Thousands died almost immediately, and the figures for those affected in the years since are in the hundreds of thousands.

So, the film aims to shed some light on what happened there — before, during and after. It looks like your typical Hollywood reenactment of other real-life events (although in this case the movie was made largely in India, and by Indian filmmakers), including the greedy corporate executive, the idealistic journalist who isn’t afraid to ask the hard-hitting questions, and something of a comedic relief in a goofy local.

There’s two ways one can look at this film. First is that it’s a remarkable opportunity to instruct people around the world about an event that isn’t nearly as well-known as something like Chernobyl or even more recent tragedies like the garment factory collapse in Bangladesh that killed 1,129 people. The second is that it’s exploitative and simply wrong on the facts, whatever those may be — but has that ever stopped a group of producers who are out to make a buck on ticket sales?

Personally, I’m pretty ambivalent about it. I do hope that it adheres as closely as possible to the truth of what happened within the plant — at least the few incidents and decisions we know that happened without question. The corporate greed angle is an easy one, but there is decent evidence to support that angle. The MIC incident was just the latest in a string of accidents, which suggests that there likely wasn’t enough investment and oversight into safety training and effective countermeasures in case of an accident. Whether that’s the fault of parent company Union Carbide, of which Martin Sheen plays the CEO, or Union Carbide India Limited, which was largely ran by local managers and plant floor staff, is relatively unknown.

And corporate greed isn’t even the only prevailing theory about what happened. Union Carbide has long argued that the incident was the result of internal sabotage, and there is some credibility to their claims. It’s not just a company trying to cover-up its own mistakes — a study by recognized chemical engineers, and presented at the The Institution of Chemical Engineers Conference in 1988, says sabotage is the most likely answer. Why someone would want to do such a thing is a question for the ages, but I have a feeling it’s also a question that won't even be asked in this particular film. If that's the case, it will be a disservice to what happened and those who were affected.

Compare it to the Gulf of Mexico oil spill from a few years back — a massive environmental disaster. When that fiasco is undoubtedly turned into a Hollywood-backed film, you can expect there to be a healthy serving of the “evil CEO” trope who doesn’t care about the environment or the people affected by the explosion or subsequent spill — regardless of what actually happened. In reality, it was a multifaceted problem that hinged on numerous failures from more than one company — but just how dramatic is that, after all?