Converting Plastic Into Oil Could Add $9B To U.S. Economy

Wide-scale deployment of emerging technology that converts used, non-recycled plastics into oil could generate up to $9 billion in annual U.S. economic output and create upwards of 40,000 domestic jobs, according to a report released by the American Chemistry Council. The report... 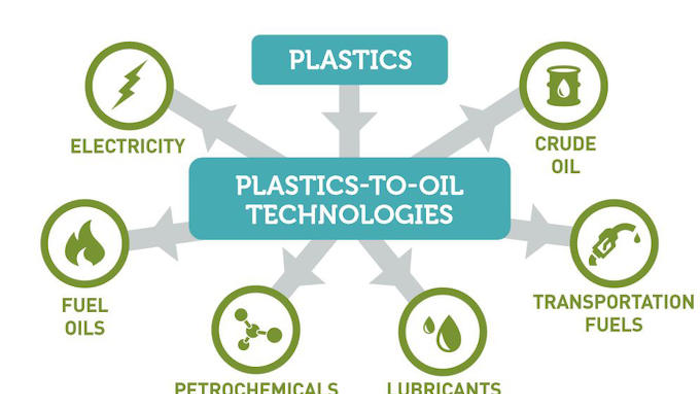 Wide-scale deployment of emerging technology that converts used, non-recycled plastics into oil could generate up to $9 billion in annual U.S. economic output and create upwards of 40,000 domestic jobs, according to a report released by the American Chemistry Council.

The report, “Economic Impact of Plastics-to-Oil Facilities in the United States (study, fact sheet),” assessed the economic potential of a rapidly developing technology called pyrolysis—more commonly known as plastics-to-oil. ACC’s analysis found that the United States could support as many as 600 of these facilities nationwide, which could yield $2.1 billion in annual payroll and create up to $6.6 billion in capital investment.

“Plastics-to-oil technologies have the potential to create thousands of jobs for skilled workers, contribute billions of dollars to the U.S. economy, cut our carbon emissions, and dramatically reduce the landfilling of a valuable energy source,” said Jon Angin, vice president of business development at Agilyx Corporation and chairman of ACC’s Plastics-to-Oil Technologies Alliance.

Earlier this year a separate study by engineers at Columbia University’s Earth Engineering Center found that converting non-recycled plastics into oil could generate 6 billion gallons of gasoline—enough to fuel nearly 9 million cars—per year. Because plastics are derived from natural gas, they typically have higher energy value than other types of household waste.

“Every day in this country, we are burying a valuable alternative energy resource in landfills,” said Steve Russell, vice president of ACC’s Plastics Division. “Plastics should be recycled whenever possible, but when they can’t, used plastics can provide a rich and versatile domestic feedstock for creating energy and fuels.”

The report was generated by ACC’s Economics & Statistics Department on behalf of the Plastics-to-Oil Technologies Alliance.