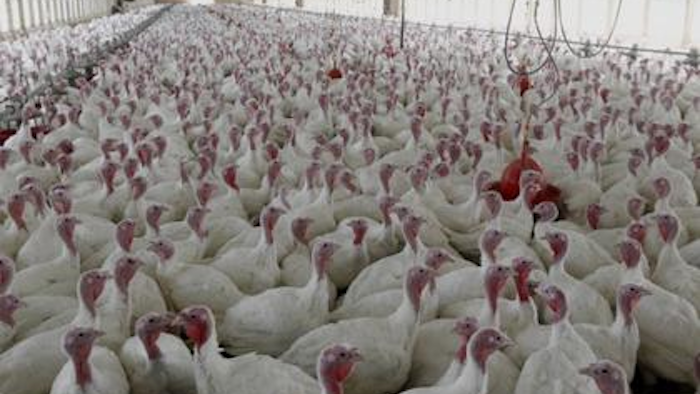 The lawsuits, filed in federal court in the District of Columbia, say the EPA has not responded to petitions filed in 2009 and 2011 by the Environmental Integrity Project and the Humane Society of the United States. Those petitions asked the agency to categorize large-scale livestock farms as sources of pollution under the Clean Air Act, set air quality standards for new and existing facilities and set health-based standards for ammonia.

The lawsuits say the EPA failed to take action and ask it to respond to the petitions within 90 days, Environmental Integrity Project attorney Tarah Heinzen said.

An EPA spokeswoman said the agency was reviewing the lawsuits and had no immediate comment.

Joining the EIP and Humane Society in the lawsuits are citizen groups including Clean Wisconsin, Iowa Citizens for Community Improvement and the California-based Association of Irritated Residents.

"In the last 15 years our enjoyment of the outdoors have been severely degraded due to toxic emissions from the numerous large-scale hog factories that now surround our home," said Rosie Partridge, a member of the Iowa citizens group whose northwest Iowa home is surrounded by more than 30,000 hogs. "We are nauseated at times from this choking smell of hydrogen sulfide and ammonia as well as the odor of decaying animals."

Tom Frantz, a farmer and President of the Association of Irritated Residents, noted that the San Joaquin Valley has seen the number of dairies jump in the last decade.

"Ammonia emissions from factory farm dairies are causing the highest fine particulate matter levels in the United States, which seriously harms our health while EPA has done nothing," he said.

Spokesmen for dairy and pork producers' groups did not immediately respond to messages.