The Obama administration on Tuesday unveiled plans to lease offshore sites for oil and gas drilling, including, for the first time, areas off the Atlantic Coast. The proposal, announced by Interior Secretary Sally Jewell, would also include leases in the Gulf of Mexico and off the Alaskan coast, though the... 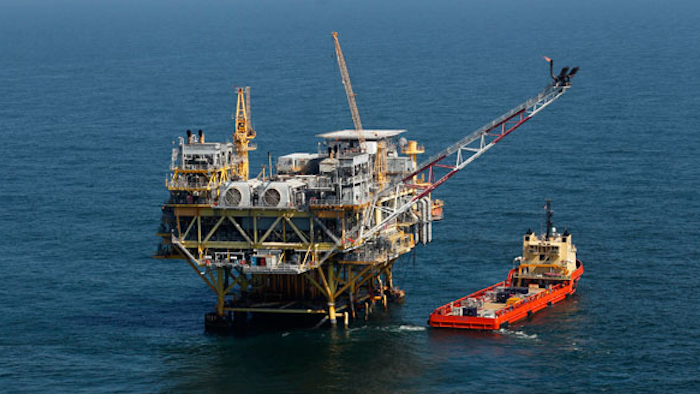 The Obama administration on Tuesday unveiled plans to lease offshore sites for oil and gas drilling, including, for the first time, areas off the Atlantic Coast.

The proposal, announced by Interior Secretary Sally Jewell, would also include leases in the Gulf of Mexico and off the Alaskan coast, though the administration also called for protecting potential drilling sites within that state's Arctic National Wildlife Refuge.

The Atlantic portion of the lease would span areas more than 50 miles offshore from Georgia to Virginia. Oil and gas companies had long sought to explore offshore sites in the Atlantic, particularly after a moratorium on drilling in those waters expired in 2008.

Jewell, however, said leases in that area would likely not be offered until 2021, with potential drilling to follow years later.

"This is a balanced proposal that would make available nearly 80 percent of the undiscovered technically recoverable resources, while protecting areas that are simply too special to develop," Jewell said.

Lawmakers from both parties in those southern states back offshore drilling, with Rep. Jeff Duncan, R-South Carolina, calling it "a potential game-changer" for his state.

Environmental groups and some Democrats from northeastern states, however, hammered the proposal, saying their states would feel the impact from potential oil spills hundreds of miles south.

"All of the risk is put on the backs of our shore communities, and all of the reward goes to Big Oil,” said Sen. Robert Menendez, D-New Jersey.

The other leases, which would also be awarded between 2017 and 2022, involve 10 sites in the Gulf of Mexico and three near Alaska.

Senate Energy Committee Chairwoman Lisa Murkowski, R-Alaska, continued her criticism of the Obama administration Tuesday, the day after she slammed proposed protections of ANWR as a "stunning attack on our sovereignty."

"The proposed lease sales we’re talking about right now aren’t scheduled until after President Obama is out of office," Murkowski said Tuesday. "Forgive me for remaining skeptical about this administration’s commitment to our energy security."