Their work on Camelina sativa is focused on lowering its viscosity — essentially, its resistance to flowing. 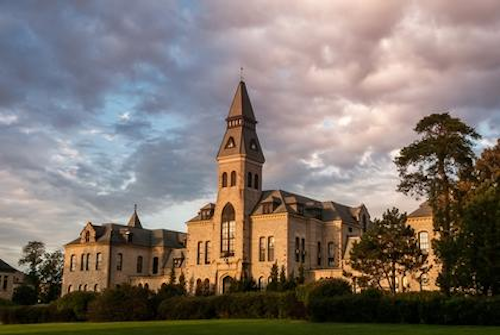 TOPEKA, Kan. (AP) — Researchers from Kansas, Michigan and Nebraska are modifying an oilseed for use as a potential diesel replacement.

Their work on Camelina sativa is focused on lowering its viscosity — essentially, its resistance to flowing. Plant oils typically have a high enough viscosity that they build up in engines, limiting their use as petroleum product replacement, The Topeka Capital-Journal reports.

But researchers may have solved the viscosity problem, said Tim Durrett, an assistant professor of biochemistry and molecular biophysics at Kansas State University, who is working on the project with experts from Michigan State University and the University of Nebraska, Lincoln.

He said they are genetically engineering camelina with DNA from euonymous alatus, an ornamental shrub known as "burning bush." The shrub has seeds whose oil has a lower viscosity, but several states have labeled it as an invasive species, meaning it isn't something they want to encourage farmers to plant, he said.

Durrett said that before testing can begin, possibly in the next year, enough of the modified seeds must be harvested.

Camelina was a good species to modify because it is rarely used for food, Durrett said, meaning people who are worried about genetically modified crops don't need to be concerned it will cross into the food supply. It also has the advantage that it grows on marginal land, could be rotated with other row crops and doesn't need much water or fertilizer.

If the tests are successful, the oil could be ready to use directly from the seed as a replacement for diesel, Durrett said. Most other biofuels have to go through a refinery before anyone can use them, he said.

"We could theoretically grow the seeds with the low-viscosity oil, press it out and use it," he said. "We're excited about giving farmers more options."

If the tests for use as a diesel replacement aren't successful, the oil still might be useful as a lubricant or in the chemical industry, Durrett said. It isn't likely to show up in passenger cars, however, he said.