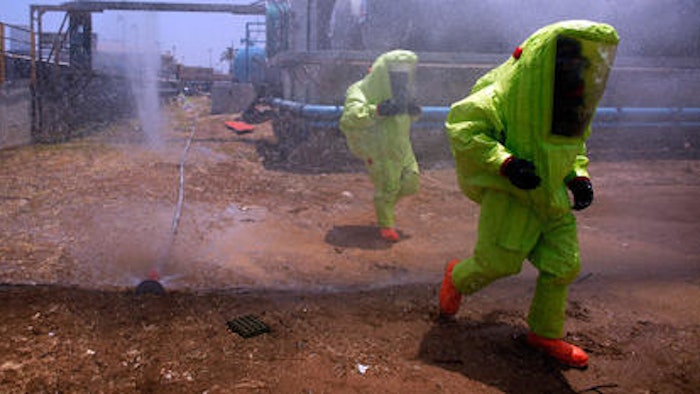 TERRE HAUTE, Ind. (AP) — A chemical leak sent at least 15 people to a hospital for treatment before it was stopped at a plant on Terre Haute's south side, authorities said.

The Tribune-Star reported 200 to 300 people were evacuated from the area and some complained of respiratory problems including difficulty breathing, nasal irritation, as well as nausea and a metallic taste in their mouths.

"It felt like your throat got real tight," said Caitlyn Chandler, whose brother was treated for chest pain, difficulty breathing and nausea.

At the scene, first responders provided oxygen to some patients.

It wasn't clear whether Union Hospital in Terre Haute treated any patients.

No other businesses or homes were evacuated, but police blocked access to the immediate area for several hours.

"We believe Hydrite's got everything shut down and there's no leak at this time," Swan said.

A telephone message seeking comment was left at the company Sunday.

The U.S. Environmental Protection Agency's website says exposure to sulfur dioxide can cause "an array of adverse respiratory effects including bronchoconstriction and increased asthma symptoms."