The Environmental Protection Agency on Wednesday imposed new standards for mercury, lead and other toxic pollutants that are discharged into the nation's rivers and streams from steam electric power plants. 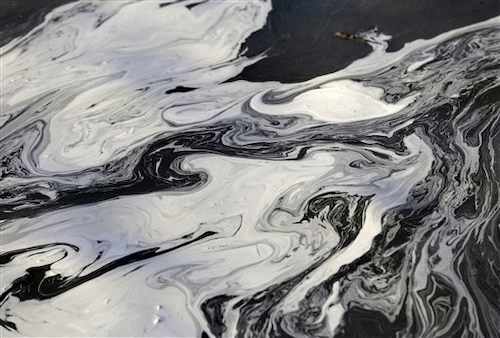 WASHINGTON (AP) — The Environmental Protection Agency on Wednesday imposed new standards for mercury, lead and other toxic pollutants that are discharged into the nation's rivers and streams from steam electric power plants.

If exposed at high levels, the pollutants can cause neurological damage in children, lead to cancer and damage the circulatory system, kidneys and livers.

EPA Administrator Gina McCarthy said the rules, the first national limits on pollutants from coal-fired steam electricity plants, "will provide significant protections for our children and communities across the country, including minority and low-income communities, from exposure to pollutants that can cause ... serious health problems."

The rule will remove 1.4 billion pounds a year of toxic metals discharged nationwide, including mercury, arsenic, lead and selenium, the EPA said.

The EPA said most of the nation's 1,080 steam electric power plants already meet the requirements. About 12 percent, or 134 plants, will have to make new investments to meet the new rules, including dozens of plants across the South and Midwest.

More than 23,000 miles of rivers and streams across the country are polluted by steam electric discharges, which occur close to 100 public drinking water intakes and nearly 2,000 public wells across the nation, the EPA said.

Toxic metals do not break down in the environment and can contaminate sediment in waterways and harm aquatic life and wildlife, including killing large numbers of fish. Steam electric power plants account for about 30 percent of all toxic pollutants discharged into streams, rivers and lakes from U.S. industrial facilities.

The new standards come as Duke Energy agreed Tuesday to pay North Carolina regulators $7 million to settle allegations of groundwater pollution at its coal ash pits and to perform accelerated cleanups costing millions of dollars at four sites. Coal ash is the waste left after coal is burned to generate electricity and contains toxic heavy metals including arsenic and mercury.

Duke agreed in May to plead guilty to nine criminal violations of the federal Clean Water Act and pay more than $102 million in fines and restitution for failing to contain water contaminated by coal residues at five North Carolina coal-burning plants. A massive spill at a Duke coal ash pond in Eden, N.C., coated 70 miles of the Dan River in gray sludge in 2014.

The wastewater rule is one of three major actions expected this week as the EPA announces a flurry of new rules intended to reduce air and water pollution.

On Tuesday, the agency set new rules to reduce toxic air pollution from oil refineries by forcing operators to adopt new technology that better monitors and controls emissions. The rules will require for the first time that refineries install air monitors along "fence lines" where benzene and other toxic emissions enter neighboring communities.

The EPA faces a court-ordered deadline of Thursday to set a new limit on smog-forming pollution linked to asthma and respiratory illness. Officials are expected to set an ozone limit of 70 parts per billion or less in the atmosphere, down from the existing standard of 75.