Russia and Ukraine last year struck an emergency deal on prices through the winter. That deal has expired, however, and the sides have to hold new talks if Ukraine is to receive more Russian gas. 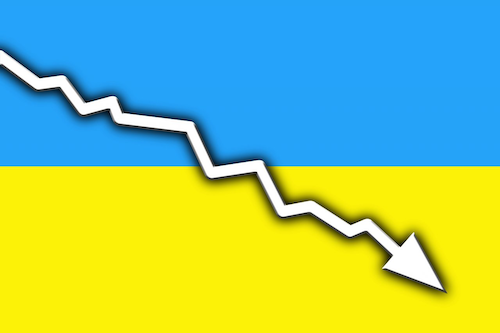 MOSCOW (AP) — Ukraine asked Russia on Friday for lower gas prices for the winter and said Moscow should accept to write off a part of its loans to Kiev, as other international bondholders did this week.

Gas disputes between Russia and Ukraine have led to cut-offs of supply in the past, and one standoff in 2009 caused serious disruptions in gas flowing from Russia via Ukraine to the European Union.

Russia and Ukraine last year struck an emergency deal on prices through the winter. That deal has expired, however, and the sides have to hold new talks if Ukraine is to receive more Russian gas.

Prime Minister Arseniy Yatsenyuk said on Friday he is convinced that Kiev and Moscow should go back to the last winter deal, which saw Ukraine pre-pay for gas but receive a sizeable discount.

"We are convinced that the only mechanism to ensure a gas transit to the EU as well as stable supplies to Ukraine is applying the same mechanism that was worked out last year between the EU, Ukraine and Russia," he said in comments released by his press office.

Under a deal reached last November, Ukraine agreed to buy gas from Russia at $385 per 1,000 cubic meters. On top of that, Russia offered a 30 percent discount of the contract price, which was worth up to $100 off per 1,000 cubic meters, depending on the fluctuations in global energy prices.

The Ukrainian government on Thursday reached a deal with its international bondholders to lighten its public debt burden. It will see the creditors write off 20 percent of their bond holdings, shrinking $19 billion in sovereign debt to $15.5 billion.

Russian creditors did not take part in talks, but Ukrainian officials insisted Thursday that Moscow should accept the same terms because it would not get a better deal than Ukraine's other creditors.

Moscow insists it wants to be fully repaid for a $3 billion loan it gave to Ukraine in 2013, before a popular uprising ousted the pro-Moscow president, Viktor Yanukovych, in February 2014. Yanukovych fled to Russia.

Ukrainian President Petro Poroshenko, who was elected in 2014, in a recent interview said he viewed the 2013 loan as a "bribe" for Yanukovych.

The debt is due at the end of the year. Russian Finance Minister Anton Siluanov noted this week that Russia's loan was not a commercial one, but an aid provided at low interest rates.

Yatsenyuk on Friday suggested Russia should seek the repayment not from his government but from the pro-Russian government ousted in February 2014.

The Kremlin "should ask those gangsters who they harbored about the money or give it back to us here," Yatsenyuk was quoted as saying by the Interfax news agency. "We would initiate legal proceedings with great pleasure for everyone who received the funds and pilfered the money of the Ukrainian people."