New Material Stops its Own Leaks

The substance was intended to be used in spaceflight to stop potential oxygen leaks, but scientists said that it could also prove useful to automakers and other industries on Earth. 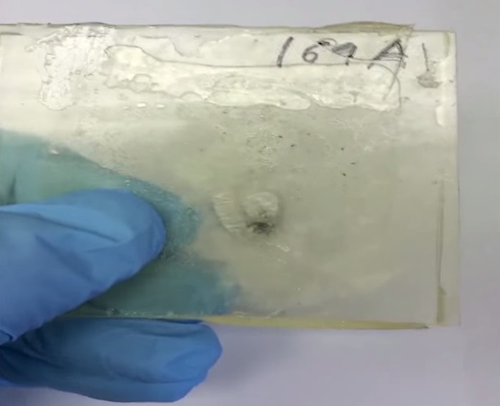 Researchers from the University of Michigan recently developed a new material capable of healing itself from a puncture.

The substance was intended to be used in spaceflight to stop potential oxygen leaks, but scientists said that it could also prove useful to automakers and other industries on Earth.

The research, which was published in the journal ACS Macro Letters, placed a reactive liquid between layers of a solid polymer.

When the polymer was pierced by a bullet, the liquid reacted with oxygen in the air and solidified in less than one second.

The system could help future space vehicles maintain a potentially life-saving backup plan if bumpers designed to vaporize incoming debris — like those in place on the International Space Station — fail during their journeys.