A nearby plant turns bauxite ore shipped from Jamaica into alumina, which supplies the company's aluminum smelter in Missouri. 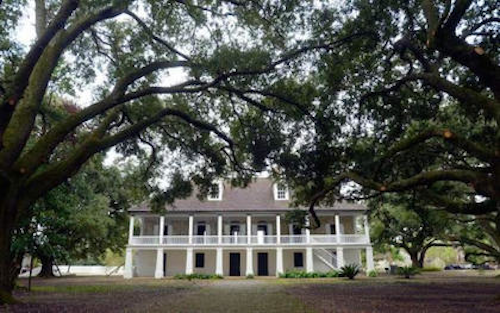 CONVENT, La. (AP) — The owners of two historic plantations in St. James Parish asked the Parish Council Wednesday to pay for tests that would determine whether the Noranda Alumina plant near Gramercy is causing mercury soil contamination.

Norman Marmillion, owner of Laura Plantation, and John Cummings, owner of Whitney Plantation and home to an acclaimed slavery memorial, said they were making the request in response to reports last month that Noranda officials believed the 55-year-old plant has been emitting mercury into the air for decades undetected and unpermitted.

The owners argued the public, physicians, parish officials and state regulators all need to know what those soil tests might show and claimed the emissions were a detriment to their tourism-oriented businesses. The plantations are across the Mississippi River from the industrial complex.

"I think you need to know, as well as me, what actually we have in our land and in our properties, in our homes, in our school yards in St. James Parish. That's why I got into this."

Mercury is a heavy metal that has been found to be harmful to people and the environment. Mercury raises particular worries, even in small amounts, because it doesn't break down and accumulates in animals people eat.

The Noranda complex has long been permitted to release mercury mixed with waste mud into large leveed-off pits on its site near Gramercy and the Veterans Memorial Bridge.

But Noranda and state Department of Environmental Quality officials can't yet say why the former Kaiser Aluminum facility has been unexpectedly releasing mercury into the air. The releases were discovered during upgrades last March. The plant has continued to operate. The plant turns bauxite ore shipped from Jamaica into alumina, which supplies the company's aluminum smelter in Missouri.

Noranda officials suspect the mercury is coming from the bauxite, the source rock from which the plan textracts up to 1.3 million tons of alumina annually.

Marmillion told the council he would like an independent, third party to test the soil and to exclude DEQ.

"If they dropped the ball for 50 years, I can't trust them any more," he said.

After Noranda's acknowledgements in April and May to DEQ came to light last month, DEQ ordered Noranda to submit a method within 30 days to test the plant's air emissions. Once the method is approved, DEQ ordered, the air testing must be completed in 30 more days. DEQ's order threatens daily civil penalties of $27,500 to $32,500.

Noranda and DEQ officials have said the releases are likely small and not a risk to the public. Once the emissions were discovered, Noranda officials asked DEQ for permission to emit up to 250 pounds of mercury annually into the air on an interim basis while the company determined precisely how much mercury the plant was releasing.

If granted, that amount would make the plant one of the largest mercury polluters of Louisiana's air, state and federal records show.

Cummings later told the St. James council Wednesday night that St. John the Baptist Parish officials have asked him if the area has seen the kinds of ill health effects attributable to mercury.

He said he didn't think so but also raised the example of a company in Japan that dumped mercury into a lake for 50 years from which people ate fish. Severe health problems arose only in recent years after the company changed operations and began dumping greater amounts of mercury into the lake than before.

"In the proposed order from (DEQ), there's not one teaspoon of soil that is to be sampled," he said.

"Not only do we have businesses here, we have our grandkids and our kids here," Brazan said.

Roussel said he doesn't expect that process to take long.

"I would like to think weeks, but not months," Roussel said.