High up in the high Andes mountains of Argentina, researchers have identified the first evidence of a population uniquely adapted to tolerate the toxic chemical arsenic. 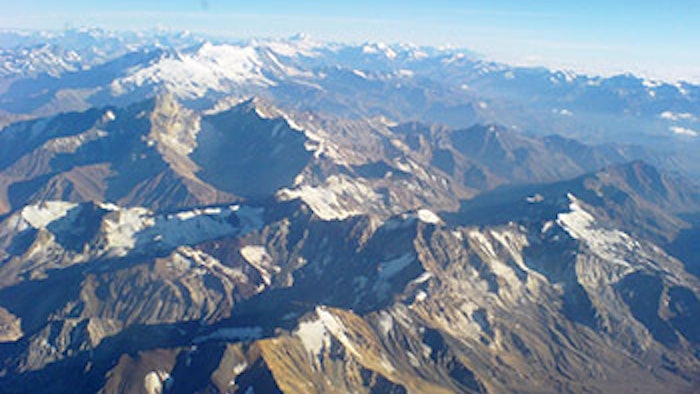 High up in the high Andes mountains of Argentina, researchers have identified the first evidence of a population uniquely adapted to tolerate the toxic chemical arsenic.

For thousands of years, in some regions of the Andes, people have been exposed to high levels of arsenic, a naturally occurring phenomenon that happens when arsenic in the volcanic bedrock is released into the groundwater. How could this population adapt to tolerate arsenic, a potent killer of such ill repute that it's often the overused plot-driver of many murder mysteries?

In a new study published in the advanced online edition of Molecular Biology and Evolution, a Swedish research team led by Karolinska Institutet and Uppsala Univ. professor Karin Broberg, performed a genome wide survey from a group of 124 Andean women screened for the ability to metabolize arsenic — measured by levels in the urine.

The study pinpointed a key set of nucleotide variants in a gene, AS3MT, which were at much lower frequencies in control populations from Columbia and Peru. The researchers estimate that the increase in frequency of these variants occurred recently, between 10,000 to 7,000 years ago, based on the age of a recently excavated mummy that was found to have high arsenic levels in its hair.

Thus, this Andean population has adapted to their environment through increased frequencies in protective variants against a toxicant. The set of AS3MT nucleotide variants, harbored on chromosome 10, were distributed worldwide, with the highest frequencies in Peruvians, Native Americans, Eastern Asia and Vietnam. The authors speculate that the forces driving the local adaptation may have occurred as a result of the severe health effects of arsenic, which is most toxic to young children and those in their reproductive prime, and the need for faster metabolizers of arsenic, which may have been a matter of life or death in ancient times.