A jury awarded the damages to 59-year-old Carla Bartlett in one of two cases that could influence thousands of similar lawsuits over the chemical giant's discharge of perfluorooctanoic acid, also known as C8. 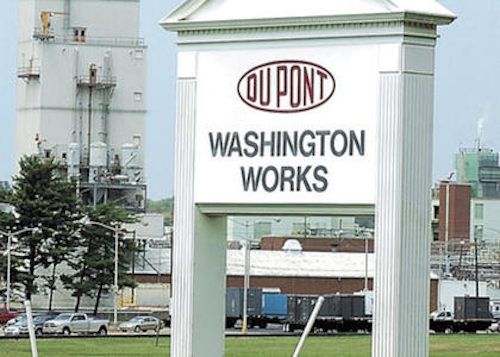 COLUMBUS, Ohio (AP) — An Ohio woman was awarded $1.6 million Wednesday in the trial of a lawsuit that alleged a chemical from a DuPont Co. plant contaminated drinking water and contributed to her contracting kidney cancer.

A jury awarded the damages to 59-year-old Carla Bartlett of Guysville in one of two cases that could influence thousands of similar lawsuits over the chemical giant's discharge of perfluorooctanoic acid, also known as C8. The chemical is used to make Teflon.

Some 3,500 people say they became ill after the company dumped C8 into the Ohio River and their drinking water from its Washington Works plant near Parkersburg, West Virginia.

The trial, which lasted about three weeks, was the latest development in a yearslong battle between DuPont and residents of the Mid-Ohio Valley in the heart of Appalachia. Bartlett once lived closer to the river. Her lawyer said she was thrilled by the verdict.

"She understands that she did good for the communities all up and down the Ohio River," attorney Mike Papantonio said.

He said the jury decision was vindication for those who argued that C8 is "bio-persistent," referring to its presence in the bloodstream years after contamination.

Workers and plant officials drank the same water as residents, DuPont attorney Damon Mace told jurors during closing arguments Tuesday. Of its eight employees with cancer in 1989, only one had worked at length with C8, he said.

But Papantonio and co-counsel Gary Douglas argued that Delaware-based DuPont long knew the risks of C8 but showed "conscious disregard" for Ohio and West Virginia residents by downplaying or hiding the chemical's effects on the public. Papantonio noted that the company tested the blood of those working with the chemical.

Mace told jurors the company tested the workers because they would have the greatest exposure to the chemical, which some studies showed could possibly be linked to cancer.

About 80,000 residents filed a class-action lawsuit against the company in 2001. It resulted in a settlement in which DuPont agreed to pay as much as $343 million for residents' medical tests, the removal of as much C8 from the water supply as possible and a science panel's examination into whether C8 causes disease in humans.