11 Fun Factoids About The Nobel Prize in Chemistry

A look at some interesting nuggets about the history of the famed prize and its role in chemistry. 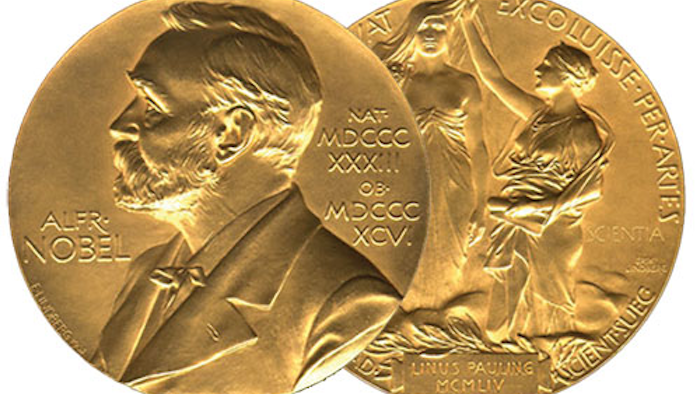 Alfred Nobel was a Swedish chemist. He was also an engineer, inventor and armaments manufacturer, who grew up enamored with physics, literature and chemistry. His most famed contribution to sciences was his role in developing dynamite.

Nobel’s work had a dark side. The invention of dynamite was a great boost to mining and helped reduce the cost of blasting rock and tunnels. But Nobel himself paid a terrible price for making the discovery. While studying the use of nitroglycerine as an explosive in 1863, an experiment killed several others, including Nobel’s younger brother. As a result, government officials in Stockholm banned similar experiments, forcing Nobel to move his lab to a boat on a nearby lake.

The awards almost didn’t happen. After Nobel died in 1896, his will stated that much of his fortune was to be used to give prizes to those who have done their most for humanity in the fields of chemistry, physics, physiology or medicine, literature and peace. His family wasn’t too pleased about this use of his funds and opposed his will – creating a delay that took until 1901 to resolve.

The only Nobel laureates to win the prize in two categories were chemists. Marie Curie won a joint prize in Physics in 1903 for research in radiation, and then again for Chemistry in 1911 for her role in the discovery of radium and polonium. Linus Pauling, a world-renowned chemist, won a Chemistry prize in 1954 for his research into “the nature of the chemical bond and its application to the elucidation of the structure of complex substances,” and then was awarded a Peace prize in 1962 for his anti-nuclear campaign.

Four women have won the prize for Chemistry. Since 1901, 106 Nobel prizes have been awarded to 169 chemists — four were women including Marie Curie, Irene Joliot-Curie, Dorothy Crowfoot Hodgkin and Ada Yonath. According to one analysis, complex social factors play a role in who gets nominated and help to explain the gender gap.

Most controversies in Nobel Prizes for Chemistry involve origins. The history of the Nobel Peace Prize is rich in controversies, with awards given to Barack Obama, Yesser Araft and Henry Kissinger drawing ire from observers. But in the field of chemistry, criticisms of award recipients typically center around disagreements about who got there first. For example, some say a 1993 prize to Kary Mullis for developing the polymerase chain reaction method used for the amplification of specified DNA sequences in molecular biology should have been credited to Norwegian scientists who may have made the discovery in 1969.

Nobel Prize winners could easily miss the big call. Awards are generally announced around noon in Sweden, and because of the time difference, it’s common for winners on this side of the Atlantic to get the call in the middle of the night.

One lab in Cambridge has been home to 15 winners of the Nobel Prize. Scientists from the MRC Laboratory of Molecular Biology have brought home 10 Nobel prizes, including seven in Chemistry. The lab’s last winner in 2013 was Michael Levitt who won in Chemistry “for the development of multiscale models for complex chemical systems.”

The average age of winners is 59. The oldest recipient was 90 years old (Leonid Hurwicz for Economics) and the youngest was 17 (Malala Yousafzai for Peace).

Big money? As of 2012, each recipient of the Nobel Prize was awarded about $1.2 million. An analysis by Time found that most spend their prize money in mundane ways, and for some, it apparently wasn’t enough. Leon Lederman, who won for Physics in 1988, sold his award medal to cover medical expenses. The buyer, whose identity was not released, paid $765,000 for it.