A lawsuit against Whirlpool Corp. has been settled over contaminated land in northern Ohio near where dozens of children were sickened with cancer. 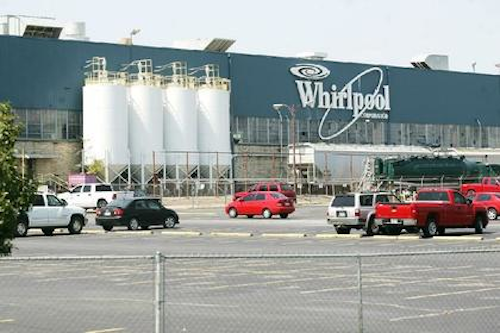 TOLEDO, Ohio (AP) — A lawsuit against Whirlpool Corp. has been settled over contaminated land in northern Ohio near where dozens of children were sickened with cancer.

The land owners settled their suit earlier this summer — months after the children's families dropped their lawsuit against Whirlpool linking the company's washing machine plant with the cancer cluster.

Terms of the settlement weren't released, said Tom Bowlus, an attorney for the land owners, who had planned to build housing there. The deal was made after Whirlpool agreed to clean up contaminated soil at the site near the Benton Harbor, Michigan-based company's sprawling factory outside Clyde.

The lawsuit had accused the company of dumping potentially cancer-causing waste from the plant at the site, which was once a company-owned park.

The cleanup is underway but it was not part of the settlement, Bowlus said. The 26-acre parcel, which was once owned by Whirlpool, should be clean and landscaped by the fall, he said.

Whirlpool spokeswoman Kristine Vernier said in a statement that the company was pleased that resolving the lawsuit "allows us to focus on our remediation efforts."

In February, the families dropped a lawsuit they filed in 2013 suggesting that smokestacks from Whirlpool's factory spewed a suspected cancer-causing chemical into the neighborhoods of several children who were among the first to be diagnosed. Thirty-five children have been diagnosed with cancer in the area and three have died since the mid-1990s.

Whirlpool has maintained from the beginning that the allegations weren't based on scientific or medical fact. It said test results found no evidence that the factory has any connection to the cancer cluster.

The families have until next February to decide whether they will file the lawsuit again. An attorney for the families would not comment Thursday on whether the case will be brought back.

Ohio health and environmental investigators have spent years testing the air and water around Clyde and talking with the children and their families about where they live and work and what they might have been exposed to.

But they've never come up with the answer.