A Japanese oil tanker exploded off the country's southwest coast near Himeji port, leaving one of the eight people aboard missing, the coast guard said. Four others were severely injured. 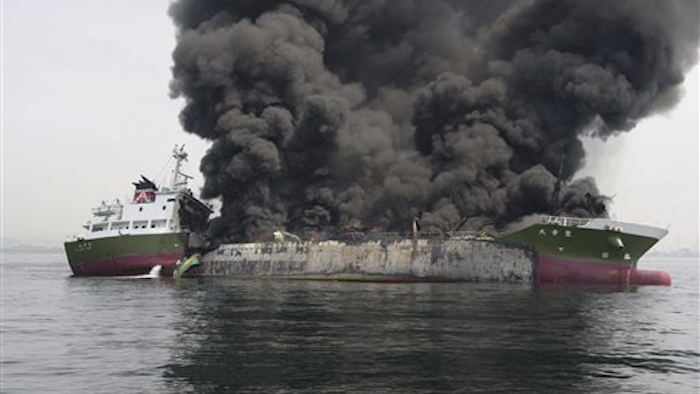 TOKYO (AP) — A Japanese oil tanker exploded Thursday off the country's southwest coast near Himeji port, leaving one of the eight people aboard missing, the coast guard said. Four others were severely injured.

Photos and video from the scene showed billowing clouds of black smoke as coast guard vessels sought to douse the fire, which gutted the middle of the Shoko Maru, a 998-ton tanker based in the western city of Hiroshima.

Seven people were rescued, though four suffered severe burns, public broadcaster NHK reported. A search was underway for the missing man, the tanker's captain, it said.

The cause of the explosion was unclear, said coast guard spokesman Koji Takarada. NHK said crew members were working on the deck of the tanker at the time of the blast.