Chevron has become the first energy company to meet a new set of voluntary shale gas drilling standards that aim to go beyond existing state laws in Pennsylvania, Ohio and West Virginia, the Pittsburgh-based Center for Sustainable Shale announced Thursday. 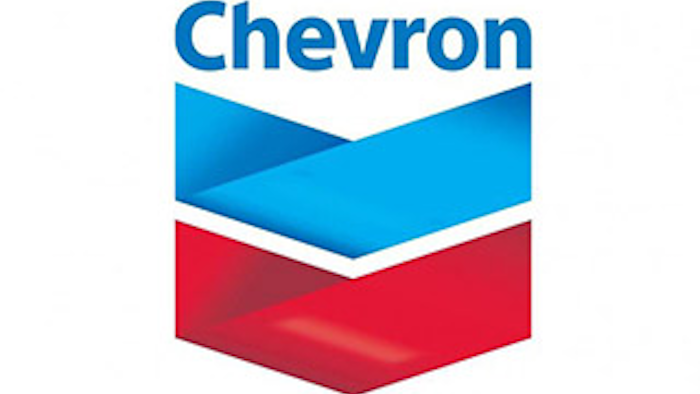 The center is a partnership between major energy companies, environmental groups and charitable foundations. Its certification process consisted of an independent review of Chevron documents and 22 of its production sites in the three states.

The program is meant to work much like Underwriters Laboratories, which puts its familiar UL seal on electrical appliances. The review was conducted by Bureau Veritas, an international testing company that also handles the LEED review process for the U.S. Green Building Council.

Nigel Hearne, president of Chevron's Appalachia operations, said that the 15 Sustainable Shale standards "will produce meaningful results" in reducing pollution and freshwater use, and that he hopes other energy companies join in the process. Chevron Corp. is based in San Ramon, California.

The Sierra Club and other some environmental groups have harshly criticized the Sustainable Shale program, saying voluntary efforts are no substitute for tougher state and federal regulations. But one environmental group that worked on the project welcomed Chevron's announcement.

Chevron's pledges to recycle drilling fluids, not use open waste pits and to reduce methane leaks address "very big" concerns for many people, said Davitt Woodwell, president of the Pennsylvania Environmental Council. Chevron also says it now discloses all of the chemicals used in the hydraulic fracturing, or fracking, process in the region. Woodwell said his group hopes other drilling companies take similar actions.

The fracking process uses millions of gallons of high-pressure water mixed with sand and chemicals to break apart rock rich in oil and gas. That has led to a boom in production from the Appalachian Marcellus Shale formation and in other states, but also concerns about water and air pollution.

When the Sustainable Shale project was announced in early 2012, some energy companies said they realized they needed to do more to reassure the public about the safety of fracking. Some environmentalists said they joined the Sustainable Shale project after coming to the conclusion that hundreds of billions of dollars in oil and gas is going to be extracted one way or another and that working with the industry is the quickest path to making the process safer.