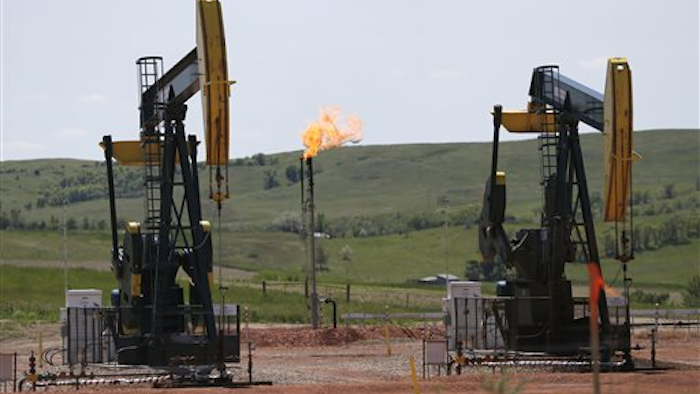 The North Dakota Industrial Commission says July's 1,110,642 barrels of oil per day is a new record for the state. North Dakota surpassed the million barrel per day mark in April.

Natural gas is a valuable byproduct of oil production. But it is frequently burned off when no infrastructure is in place to capture it.

New natural gas capture regulations require companies to reduce flaring rates to 26 percent by Oct. 1. Companies that fail to comply could see the state cut the amount of oil they're allowed to produce.