Emails showing California regulators and Pacific Gas & Electric Co. appearing to negotiate which judge would be assigned to hear one of the utility's rate cases led the state's top regulator to remove himself from two PG&E cases and four senior officials on both sides to resign. 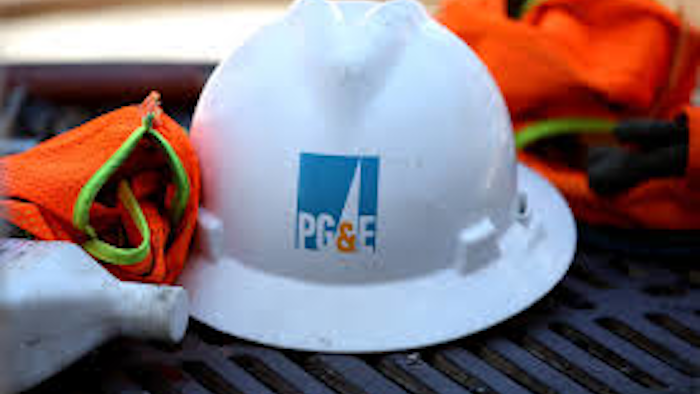 SAN FRANCISCO (AP) — Emails showing California regulators and Pacific Gas & Electric Co. appearing to negotiate which judge would be assigned to hear one of the utility's rate cases led the state's top regulator to remove himself from two PG&E cases and four senior officials on both sides to resign.

The emails released Monday show the commission ultimately assigned to the case a judge for whom PG&E had expressed a preference, rather than another judge who the utility said "has a history of being very hard on us."

California Public Utilities Commission president Michael Peevey, who was included in part of the January email exchange, cited the email exchange in removing himself from involvement in that rate case and in another, bigger case pending before the commission involving PG&E, California's largest utility.

The developments deepen the growing controversy surrounding the commission's oversight of the utility in the aftermath of a 2010 explosion of a PG&E natural-gas pipeline that killed eight people in the San Francisco suburb of San Bruno.

In July, some of thousands of other emails released at the request of San Bruno city officials showed Peevey and his staffers consulting with the utility on matters including how big PG&E's fine should be in the blast. The commission's decision on that fine is pending.

"Let's just say she has a history of being very hard on us," Cherry said, referring to the judge that PG&E wanted removed from the case.

"I can see if anything can be done," Brown answers at one point. "Take a deep breath — I am working on it," she wrote in another.

Cherry separately emailed Peevey, the commission's chief, about PG&E's desire for a change of judges in the rate case.

"This is a problem. Hope Carol can fix it," Cherry wrote. There was no record of a response from Peevey to that email.

Utilities commissioner Michael Florio also was involved in the email exchange over the assignment of judges. Asked in an interview why neither he nor Peevey nor Peevey's chief of staff appeared to report the email exchange at the time, Florio said he had not known of a commission rule forbidding that kind of unofficial discussion on the selection of administrative law judges to decide utility cases.

"We're all going to take a refresher course on the rules," Florio said.

Asked how the public should take the latest exchange, Florio said, "It really looks bad at the immediate sense, but I think in the long term it will be better and more transparent."

PG&E released the emails following what it said was an internal investigation of communications between the utility and state regulators.

PG&E said Monday that Cherry and two other senior officials ended their employment with the utility as a result of the emails released. The utility also has engaged former U.S. Interior Secretary Kenneth Salazar to advise it on developing a best-practices model for regulatory compliance, PG&E said in its statement.

"As a company, we must be committed to complying with both the letter and the spirit of the law and PG&E's own code of conduct at all times," PG&E President Chris Johns and parent company CEO Tony Earley wrote in a joint letter to employees Monday, according to a statement released by the utility.

The Utilities Reform Network, a consumer group pushing for action against PG&E in the wake of the 2010 blast in San Bruno, called on Peevey to resign, saying the emails showed "PG&E was calling the shots in Peevey's office."

There was no immediate comment from Gov. Jerry Brown. The state attorney general's office would not comment, spokesman Nick Pacilio said.

The PG&E pipeline explosion in San Bruno was in the worst utilities accident in California in decades. A National Transportation Safety Board investigation faulted what it said was negligence by PG&E and lax oversight by the utilities commission.

The commission is weighing financial penalties against PG&E in the blast, including a proposed fine of $950 million. Federal prosecutors separately have charged the utility with obstruction of justice over alleged misstatements made to the NTSB in that investigation. PG&E denies that charge.