Swiss commodity trading companies are blending and dumping dirty fuel in West Africa with sulfur levels far higher than those allowed in Europe. 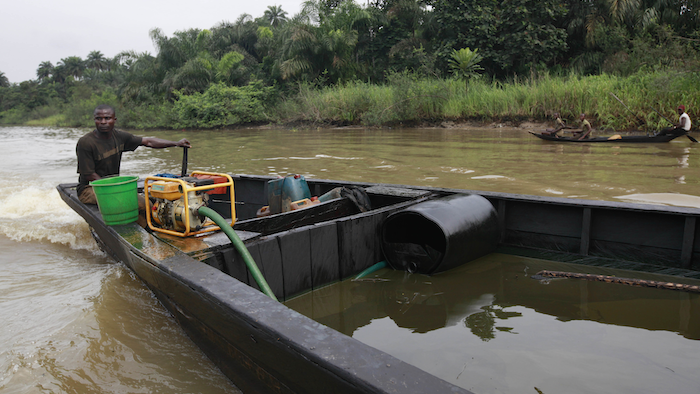 The companies take advantage of weak African standards to use cheap and dirty additives to create what's called "African Quality" fuels, according to the report from Swiss watchdog group Public Eye.

The practice is not illegal. The report quotes companies Oryx, Trafigura and Vitol as noting that the blends meet standards in the importing countries. The largest amounts go to Nigeria, Senegal and Ghana.

"Their business model relies on an illegitimate strategy of deliberately lowering the quality of fuels in order to increase their profits" at the expense of Africans' health by adding toxic products that cause diseases, Public Eye said.

The report says the Swiss companies dominate the West African petroleum market and often own their own refineries and gas stations across the region.

Swiss traders provided most fuel imported in 2014 by Nigeria, where fuel standards allow 3,000 parts per million of sulfur in diesel and 1,000 ppm in petrol. The European Union limit is 10 ppm in petrol.

Lagos State government blames vehicles for almost half of the air pollution in Lagos, Africa's largest city with 20 million people. That does not include tens of thousands of generators that use diesel.

The Swiss companies say raising fuel standards is expensive, but Public Eye noted they adjusted their blends with no increased costs when Ghana lowered its sulfur content level in 2014.

Nigeria and other West African countries produce petroleum with the world's lowest sulfur levels but have no refining capacity.