The owner of several U.S. energy companies pleaded guilty Thursday to bribery and tax charges in what federal authorities say was a scheme to secure millions of dollars in contracts from Venezuela's state-owned energy company. 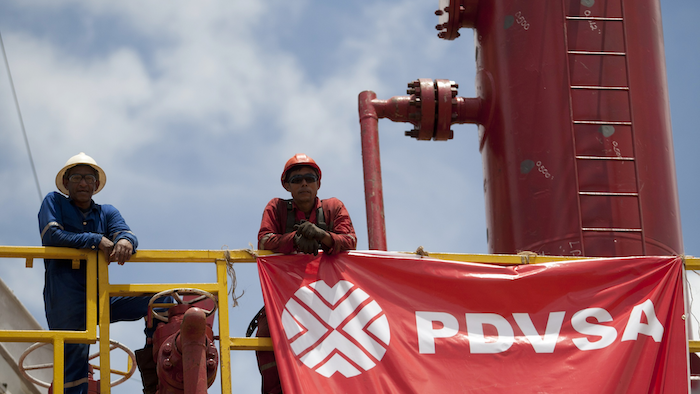 HOUSTON (AP) — The owner of several U.S. energy companies pleaded guilty Thursday to bribery and tax charges in what federal authorities say was a scheme to secure millions of dollars in contracts from Venezuela's state-owned energy company.

U.S. District Judge Gray Miller set a Sept. 30 sentencing for Roberto Enrique Rincon Fernandez, of The Woodlands. He faces up to five years in prison on the bribery counts and three years on the tax charge. The judge would decide whether the sentences would run concurrently.

Rincon, 55, is the sixth person to plead guilty to charges related to the bribery scheme in which officials responsible for procurement at Venezuela's state-owned oil company, PDVSA, were wined and dined and treated to expensive hotel stays and other extravagances.

All six have agreed to forfeit proceeds from their criminal activity.

Rincon pleaded guilty to one count each of conspiracy to violate the Foreign Corrupt Practices Act, violating the act and making false statements on his 2010 federal income tax return. In his plea agreement, Rincon admitted that he willfully failed to report on his 2010 tax return more than $6 million in foreign dividend income from a Venezuelan corporation he owned, according to Houston-based U.S. Attorney Kenneth Magidson.

Rincon was arrested in December at his suburban Houston home after a grand jury returned an 18-count indictment against him and a Florida oil tycoon, Abraham Jose Shiera Bastidas. They were accused of money laundering and violating the Corrupt Practices Act, which bars payments to officials of foreign governments to assist business deals. The indictment also said two of Rincon's companies were involved in transferring more than $25 million from a Texas bank to accounts in Switzerland in 2011 and 2012. Rincon ran four energy companies, including at least two in Texas and one in Florida.

Shiera, a 53-year-old Venezuelan national living in Coral Gables, Florida, and four others charged in the scheme pleaded guilty in March. They are awaiting sentencing.

The case has attracted attention in Venezuela, where the opposition accuses the governing socialists of looting PDVSA and bankrupting the nation. Venezuela has the world's largest proven oil reserves and crude accounts for more than 95 percent of its exports.

PDVSA has denounced what it calls an "international campaign to discredit" the oil company by linking it to alleged criminal acts by Venezuelan individuals and other companies.

The Justice Department said Rincon in his plea acknowledged working with Shiera beginning in 2009 to submit bids to provide equipment and services to PDVSA through their various companies, paying bribes and other items of value to PDVSA purchasing analysts to ensure their companies were placed on PDVSA bidding panels and enable those companies to win lucrative contracts. Rincon also admitted to paying bribes to ensure that his companies were given priority to get paid ahead of other PDVSA vendors with outstanding invoices, prosecutors said.

Shiera, who had at least six companies, including three in Florida, made similar acknowledgements in his plea agreement.

Prosecutors announced in March that three PDVSA officials acknowledged accepting bribes from Shiera or Rincon to help the two men's Florida and Texas energy companies win contracts and conspired with Shiera and Rincon to launder the proceeds. The three — Jose Ramos, Christian Maldonado and Alfonzo Gravina, all from the Houston suburb of Katy — pleaded guilty in December under seal to conspiracy to commit money laundering.

Another man, Moises Millan, of Katy, pleaded guilty in January to one count of conspiracy to violate the Corrupt Practices Act for his role in the scheme, according to unsealed documents. Millan had worked for Shiera, prosecutors said.