Ex-Chesapeake Energy CEO — Indicted One Day, Dies The Next

A high-profile oil and gas executive died in a single-vehicle crash Wednesday just hours after a federal grand jury indicted him on bid-rigging charges. 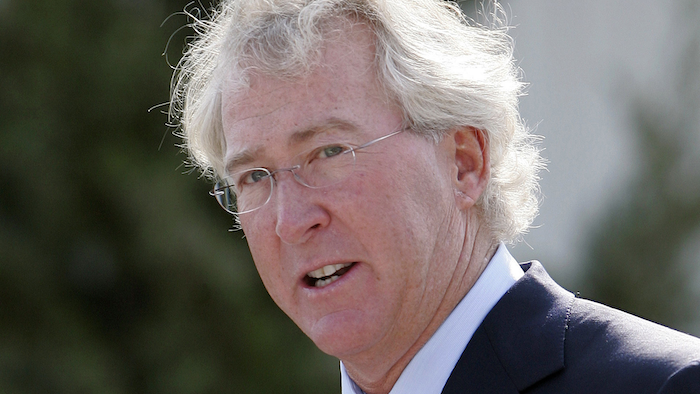 A high-profile oil and gas executive died in a single-vehicle crash Wednesday just hours after a federal grand jury indicted him on bid-rigging charges.

The Associated Press reports that Aubrey McClendon, 56, was the only occupant in an SUV when it slammed into a concrete bridge pillar in Oklahoma City just after 9 a.m.

Police said that it was too early to tell whether or not the crash was intentional, but Oklahoma City Police Capt. Paco Balderrama told CNBC that “he pretty much drove straight into the wall.”

The indictment, announced by the Justice Department on Tuesday, alleged that McClendon arranged to rig bids for leases of oil and natural gas fields in northwestern Oklahoma as head of Chesapeake Energy Corp.

The complaint said that between late 2007 and early 2012, two oil and gas companies colluded in order to prevent them from bidding against each other for leases; the winner of the bid subsequently provided an interest in the lease to the other company.

Justice Department officials said that the case was the first in an ongoing investigation of antitrust issues in the oil and gas industry. McClendon could have faced up to 10 years in prison and $1 million in individual fines for each violation of the Sherman Act.

In a statement released Tuesday, McClendon denied the accusations and characterized the indictment as "unprecedented."

“I have been singled out as the only person in the oil and gas industry in over 110 years since the Sherman Act became law to have been accused of this crime in relation to joint bidding on leasehold," McClendon said.

McClendon was long one of the most controversial figures in the American energy industry. He founded Chesapeake in 1989 and built it into a multi-billion dollar fracking behemoth that produced more U.S. natural gas than any company save Exxon Mobil.

But as the country’s natural gas market plummeted, McClendon came under fire for his financial practices and potential conflicts of interest, and he left the company in early 2013.

He most recently founded American Energy Partners, which sought oil and gas properties in shale deposits in the Ohio Valley and the southern plains.