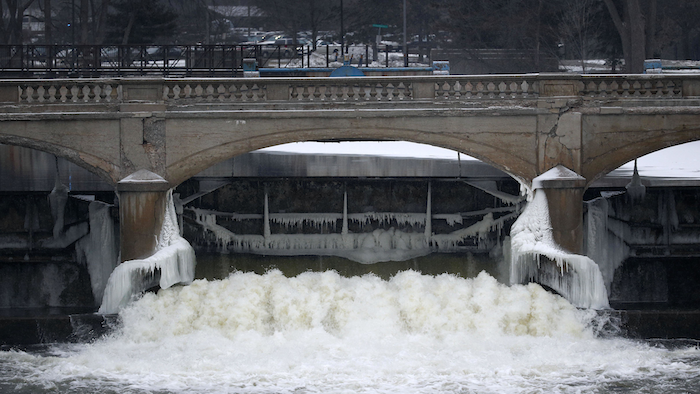 Worries over bacteria led to the fateful decision not to apply anti-corrosive chemicals when Flint, Michigan, began drawing water from the Flint River, an email written by the city's former public works director says.

The failure to deploy corrosion controls after the city switched to the river from the Detroit municipal system in April 2014 has been widely considered a catastrophic mistake that enabled lead to leach from aging pipes and reach some homes. The Michigan Department of Environmental Quality has acknowledged instructing Flint not to use corrosion controls, based on a misreading of federal regulations.

In a Sept. 3 email to numerous state and local officials, then-public works director Howard Croft said a different concern had been identified.

As the city water plant was designed to begin treating river water, "optimization for lead was addressed and discussed" with an engineering firm and the DEQ, Croft wrote. "It was determined that having more data was advisable prior to the commitment of a specific optimization method. Most chemicals used in this process are phosphate based and phosphate can be a 'food' for bacteria.

"We have performed over one hundred and sixty lead tests throughout the city since switching over to the Flint River and remain within the EPA standards."

The Associated Press obtained the email from the U.S. Environmental Protection Agency through a Freedom of Information Act request.

Flint's water supply was switched to save money when the city was under state emergency financial management, an interim measure while a new pipeline to Lake Huron is built. But the corrosive, improperly treated river water scraped lead from pipes and fixtures.

If consumed, lead can cause developmental delays and learning disabilities. Flint has since moved back to the Detroit system. Officials hope anti-corrosion chemicals will recoat the pipes so the water is safe to drink without filters within months.

In his email, Croft did not elaborate on the type of bacteria that anti-corrosive phosphates could promote.

"We are currently designing an optimization plan with the engineering firm that will be presented to the DEQ and upon approval we expect to have it implemented by January 2016," Croft wrote, adding that according to the DEQ, some cities have taken years to devise such a plan.

The email made no reference to what has been the most frequently mentioned explanation for the decision on corrosion control: The DEQ told city officials that a federal rule on lead and copper pollution required first testing the river water for two six-month periods to determine whether controls were needed. In a Dec. 29 letter to Gov. Rick Snyder, a task force he appointed to investigate the Flint water crisis faulted the DEQ for a "single-minded legalistic" reading of the federal rule.

In an Aug. 31 email obtained by the AP, city utilities administrator Mike Glasgow told Croft that the DEQ had only recently advised adding phosphate as a corrosion inhibitor.

"We originally had this chemical in the design, but the DEQ did not mandate it from the start, they informed us to wait and see the results of our lead and copper to determine if this was necessary," Glasgow wrote.