Oregano is known for its high content of essential oils and its antimicrobial effect. 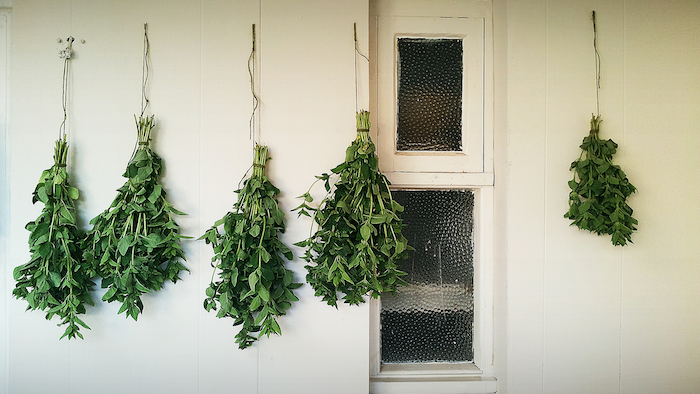 It may sound pretty harmless, but methane emissions from cows are a large problem for the climate. When ruminants digest their feed, methane is formed as a natural by-product of the microbial process in the rumen, and since methane is a 25 times more powerful greenhouse gas than carbon dioxide, there is a need to devise methods to reduce such emissions from cattle.

Methane production can be reduced by, for example, adding fat or nitrate to the feed or by increasing the starch content and improve the feed quality. But for organic dairy farmers, these remedies are either not permissible or are already being used. There is therefore a need for other solutions.

In a new research project, researchers from Aarhus University in cooperation with Organic Denmark and a number of commercial partners will be examining whether the addition of organic oregano to cattle feed can reduce the production of methane in the rumen and thus emissions of methane gas.

Oregano -- especially the species Greek oregano (Origanum vulgare ssp hirtum) -- is known for its high content of essential oils and its antimicrobial effect, and the plant is a natural tool for reducing methane production in the rumen, says project manager and Senior Researcher at the Department of Food Science, Kai Grevsen, and continues:

The goal is to show that we can reduce methane emissions from dairy cows by up to 25 percent by adding oregano to the feed.

High yield and a high concentration of essential oils

As part of the project, researchers will initially test the effect of supplementing with oregano on rumen- and intestinal-fistulated dairy cows in special methane chambers. They will also examine how the cows react to different amounts of oregano. The feeding with oregano will then be tested in practice on a number of organic dairy farms producing milk for 'Naturmælk' (organic dairy).

The four-year project will also investigate how best to grow organic oregano and whether to process the plant either as hay or silage.

To succeed with the oregano project in practice, it is essential that we develop a product that has both a high yield and a high concentration of essential oils. We also need to develop an organic farming concept and breed new varieties with higher concentrations of the oils, says Kai Grevsen, adding that he and his colleagues also collaborate with an organic herb producer who makes fields and a drying facility available for part of the experiment.

Although the climate is going to be the main beneficiary of the project, the hope is that the project will also benefit arable and dairy farmers. Previous studies indicate that oregano can improve the milk's fatty acid composition, and the project participants will therefore be researching this aspect as well as the milk's flavour. The hope is also that it will be possible to launch a number of new products that can be sold on the basis of their climate-friendliness -- targeting environmentally conscious consumers.

"We know that the market for dairy products is characterised by an increasing willingness to pay more for milk with special qualities or values, especially organic, and we hope that in the project we will have a good and balanced dialogue with consumers about the climate and cattle production," says Kai Grevsen.

"It's also important to remember that the project is relevant not only for organic milk producers. Should the results be positive, they can be implemented on all cattle farms, conventional and organic, so there is a really large potential."