Representatives from major agricultural companies like Monsanto and DuPont testified against the bill, saying they take safety of employees and the community seriously. 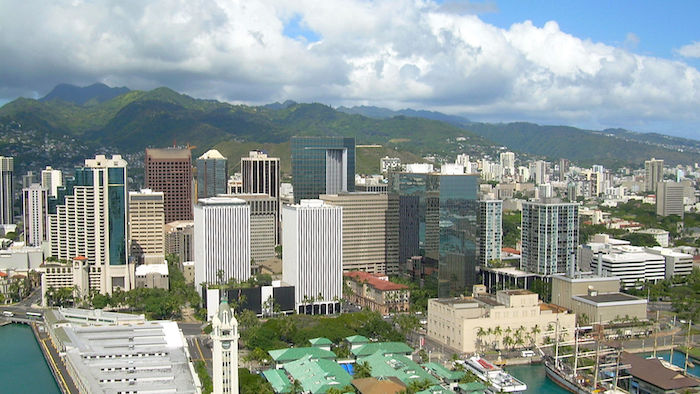 HONOLULU (AP) — Concerned parents are calling on Hawaii lawmakers to establish buffer zones around schools to protect their children from chemicals found in pesticides.

But the large agriculture companies that spray pesticides say their practices are safe, and some smaller farmers worry that buffer zones could cut into their food production.

"We do not have a choice whether or not to send our child to school next to a field that is allowed to spray restricted-use pesticides on a regular basis," said Ashley Lukens, director of the Hawaii Center for Food Safety. "Only the state has the capacity to regulate that kind of operation."

Lukens' group has roughly 10,000 Hawaii members who are concerned about chronic, low-level daily exposure to pesticides, she said.

Kauai resident Lorna Cummings Poe told lawmakers that her granddaughters, who live in Kekaha on Kauai's west side, suffer from frequent headaches, bloody noses and respiratory infections that she attributes to restricted pesticides sprayed in nearby fields. Poe said hair samples taken from both granddaughters showed exposure to 36 different pesticides.

"The number of people who suffer from physical ailments on the west side of Kauai is astounding," Poe said.

Representatives from major agricultural companies like Monsanto and DuPont testified against the bill, saying they take safety of employees and the community seriously.

"Seed is the number one sector in agriculture in Hawaii, and Monsanto is the largest seed company in the state. So I'm assuming we're one of those large-scale outdoor commercial operations you're talking about," said John Purcell, vice president of Monsanto Hawaii. "We account for less than one percent ... of the RUPs (restricted use pesticides) that were sold ... so let's provide some context of how much pesticides we're actually using."

The Hawaii Farm Bureau opposed the bill, saying it unfairly targets farmers and ranchers and could put some farmers out of business. "This is counter to our pursuit for food self-sufficiency and food security," said Brian Miyamoto, executive director of the Hawaii Farm Bureau.

Similar proposals have been introduced in the state Senate.

The House Committees on Agriculture and Energy and Environmental Protection deferred the measure for a week and planned to make a decision on the bill next Tuesday.