Where The VW Scandal Leaves The Auto Industry

The fallout has been felt around the world, by consumers, fellow automakers and legislators alike. 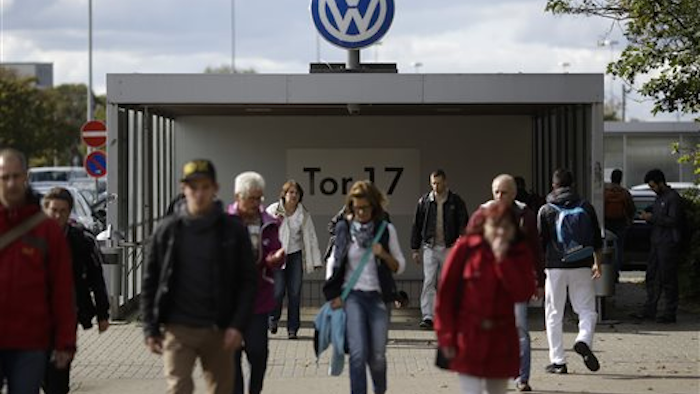 Volkswagen has dominated headlines for more than a month since the Environmental Protection Agency issued a Clean Air Act violation to the carmaker on Sept. 18, 2015.

The fallout has been felt around the world, by consumers, fellow automakers and legislators alike.

Non-VW owners might not be paying much attention, and most Germans — at 66 percent — still trust the brand. The same survey even noted that 63 percent believe it will be forgotten in a year.

But it seems to be a different story for VW of America, where the average cost of a Volkswagen purchase fell by $600 in September while other carmakers noted an increase.

Those who decided to purchase a Volkswagen based on the touted emissions facts feel betrayed and frustrated with their options — sell, sue or sit — and are joining class-action lawsuits to cover the cars’ devaluation. Forty-five states have joined the investigation, each with its own set of rules that might have been violated. However, just how many VW owners choose to get the hardware or software fix to correct the issue — likely trading a bit of fuel efficiency for lower, legal emissions — remains to be seen.

The 11-million-vehicle recall hugely impacts the automotive industry and signals that environmental standards are being taken seriously worldwide.

The EPA’s violation notice states that, outside of laboratory-based emissions testing, some of Volkswagen’s offending models emit levels of nitrogen oxides up to 40 times the legal limit — that’s no small infraction. For example, the Passat’s emissions are similar to a medium-duty truck, and the Jetta, despite being a midsize sedan, emits as much as an 18-wheeler.

No matter your feelings about CO2 versus NOx pollution, or whether you’re willing to blame it for climate change, governments worldwide are regulating these emissions, and regulations will only get stricter with time.

Since the scandal was uncovered, the EPA decided to add on-road testing to its approval process, which makes the process take that much longer for all carmakers. Several states in the European Union are calling for similar changes, outlined in a letter directed to the emissions-regulating European Commission. Not only are countries such as Austria, Denmark, France and the Netherlands asking for road testing, but they’re also asking for the commission to consider how the scandal might have affected the countries’ ability to meet emissions obligations.

Even before VW’s scandal, European nations set stricter emissions caps to take effect in 2021. Those regulations, however, further limit CO2 emissions rather than NOx. Diesel creates lower CO2 emissions than does gasoline, which is why diesel cars account for about 50 percent of auto sales in Europe. If this scandal, and the lost fuel efficiency associated with fixing it, turns people off of diesel, those limits will be even harder to reach.

Auto makers, on the other hand, are enjoying the opportunity to show off innovative new low- and no-emissions models. Tesla, GM, Toyota and more have shifted toward more electric cars for consumers since the VW news broke.

Wherever the market goes — swayed toward electric or stuck on diesel — it will remain changed by the decisions of one of the world’s largest automakers to purposely subvert emissions testing. The excess emissions, unless owners decide to get the fix, will impact air quality for the lifetime of the car and beyond, thus spurring stricter regulations to meet emissions goals.

Did the emissions scandal change your view of diesel? Do you think there should be more mass-market electric vehicles? Comment below or tweet @MNetKatie.