Federal transportation officials this week announced a new 85,000-mile network of "alternative fuel" corridors to bolster adoption of electric vehicles as well as cars powered by a variety of non-gasoline sources. 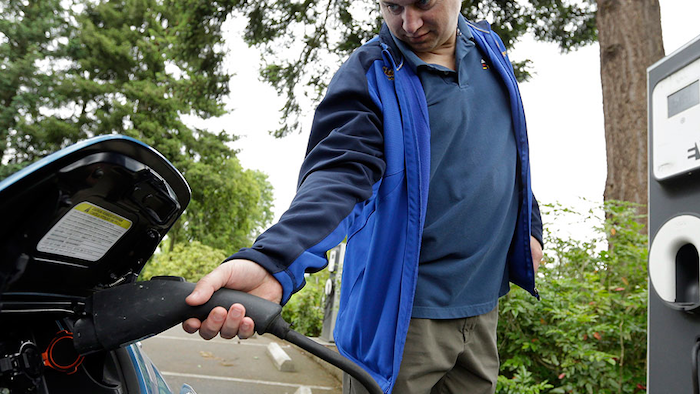 Federal transportation officials this week announced a new 85,000-mile network of "alternative fuel" corridors to bolster adoption of electric vehicles, as well as cars powered by a variety of non-gasoline sources.

“Alternative fuels and electric vehicles will play an integral part in the future of America’s transportation system,” Transportation Secretary Anthony Foxx said in a statement. “We have a duty to help drivers identify routes that will help them refuel and recharge those vehicles and designating these corridors on our highways is a first step.”

The Federal Highway Administration designated a total of 55 routes traversing 35 states, which will be eligible for distinctive new roadside signs directing drivers to electric charging stations or fuel pumps for hydrogen, propane and natural gas.

The White House indicated that the electric vehicle corridors alone account for about 25,000 miles.

The Transportation Department originally solicited nominations for the corridors in July under a sweeping transportation funding bill passed in 2015.

Additional routes and miles will be added to the network as new stations are constructed. The next round of nominations will take place early next year.

The Obama administration also announced this week that 28 groups and companies committed to bolstering electric vehicle deployment, including utilities and automakers General Motors, Nissan and BMW, while 24 states and local governments vowed to add more electric vehicles to their fleets.