The National Highway Traffic Safety Administration said it has received 14 complaints from drivers, including five crashes and three injuries. 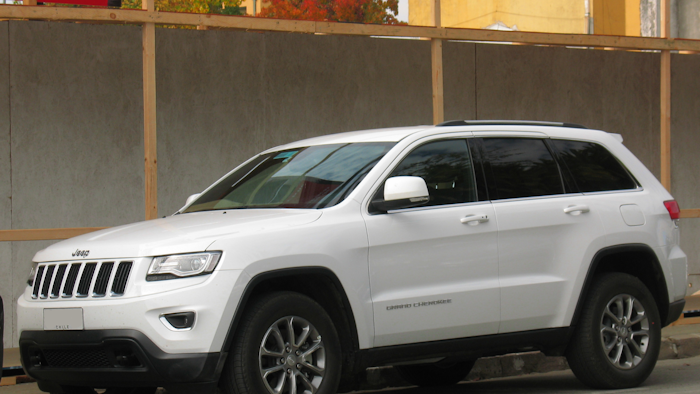 DETROIT (AP) — U.S. auto safety regulators are investigating complaints that some newer Jeep SUVs can roll away unexpectedly after drivers put them in park.

The probe covers 408,000 Grand Cherokees from the 2014 and 2015 model years. The National Highway Traffic Safety Administration said it has received 14 complaints from drivers, including five crashes and three injuries.

NHTSA posted documents about the investigation on Monday. It noted the Jeeps have electronic gear selectors. Drivers pull the shift lever forward or backward to select gears and the shifter doesn't move along a track like it does in most cars.

A Fiat Chrysler spokesman said the company is cooperating with the investigation and that the agency hasn't made any finding that the cars have a safety defect. Any owner with questions should contact their dealer, he said.

In one complaint, a driver in Morganton, North Carolina, told NHTSA that he was backing up his Jeep while towing a trailer when he heard a noise. He pushed the gear shift up and into park and got out to make sure he didn't hit anything.

But the Jeep rolled backward, the driver's door knocked him down and the left tire rolled over his pelvic area, causing serious injury, the complaint said. The trailer jackknifed and the Jeep rolled into a fence. The driver said he complained to Chrysler, which inspected the Jeep and found no defect.

"Others who have a late-model Chrysler vehicle with this type of transmission and shifting mechanism need to be aware of this problem and need to be sure the vehicle goes into park when shifted," the driver wrote in a complaint filed in February.

Investigators will determine how often the problem happens, how many vehicles it affects and whether it's a safety problem before deciding whether to seek a recall.