For Electric Cars To Take Off, They'll Need A Place To Charge

The uneven distribution of chargers is one reason electric vehicles make up less than 1 percent of cars on the road. 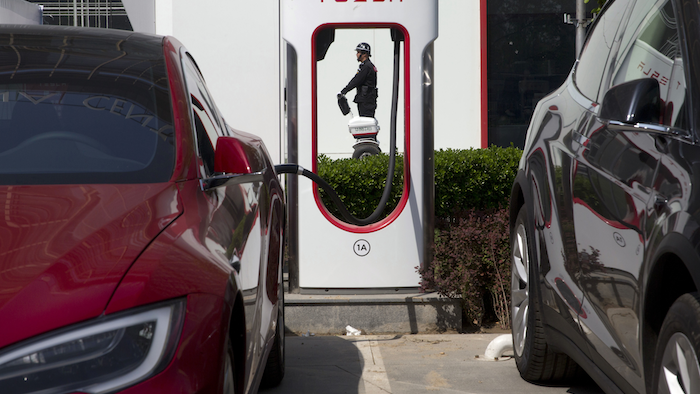 In this Friday, April 14, 2017, file photo, a security guard moves past an electric vehicle charging station in Beijing. Momentum is building worldwide for electric cars thanks to rising government fuel economy standards and climate concerns. Automakers are jumping on board. But selling those cars will be difficult unless the world builds more charging stations. (AP Photo/Ng Han Guan, File)

Around the world, support is growing for electric cars. Automakers are delivering more electric models with longer range and lower prices, such as the Chevrolet Bolt and the Tesla Model 3. China has set aggressive targets for electric vehicle sales to curb pollution; some European countries aim to be all-electric by 2040 or sooner.

Those lofty ambitions face numerous challenges, including one practical consideration for consumers: If they buy electric cars, where will they charge them?

The distribution of public charging stations is wildly uneven around the globe. Places with lots of support from governments or utilities, like China, the Netherlands and California, have thousands of public charging outlets. Buyers of Tesla's luxury models have access to a company-funded Supercharger network. But in many places, public charging remains scarce. That's a problem for people who need to drive further than the 200 miles or so that most electric cars can travel. It's also a barrier for the millions of people who don't have a garage to plug in their cars overnight.

"Do we have what we need? The answer at the moment is, 'No,'" says Graham Evans, an analyst with IHS Markit.

Take Norway, which has publicly funded charging and generous incentives for electric car buyers. Architect Nils Henningstad drives past 20 to 30 charging stations each day on his 22-mile (35-kilometer) commute to Oslo. He works for the city and can charge his Nissan Leaf at work; his fiancee charges her Tesla SUV at home or at one of the world's largest Tesla Supercharger stations, 20 miles away.

It's a very different landscape in New Berlin, Wisconsin, where Jeff Solie relies on the charging system he rigged up in his garage to charge two Tesla sedans and a Volt. Solie and his wife don't have chargers at their offices, and the nearest Tesla Superchargers are 45 miles (72 kilometers) away. 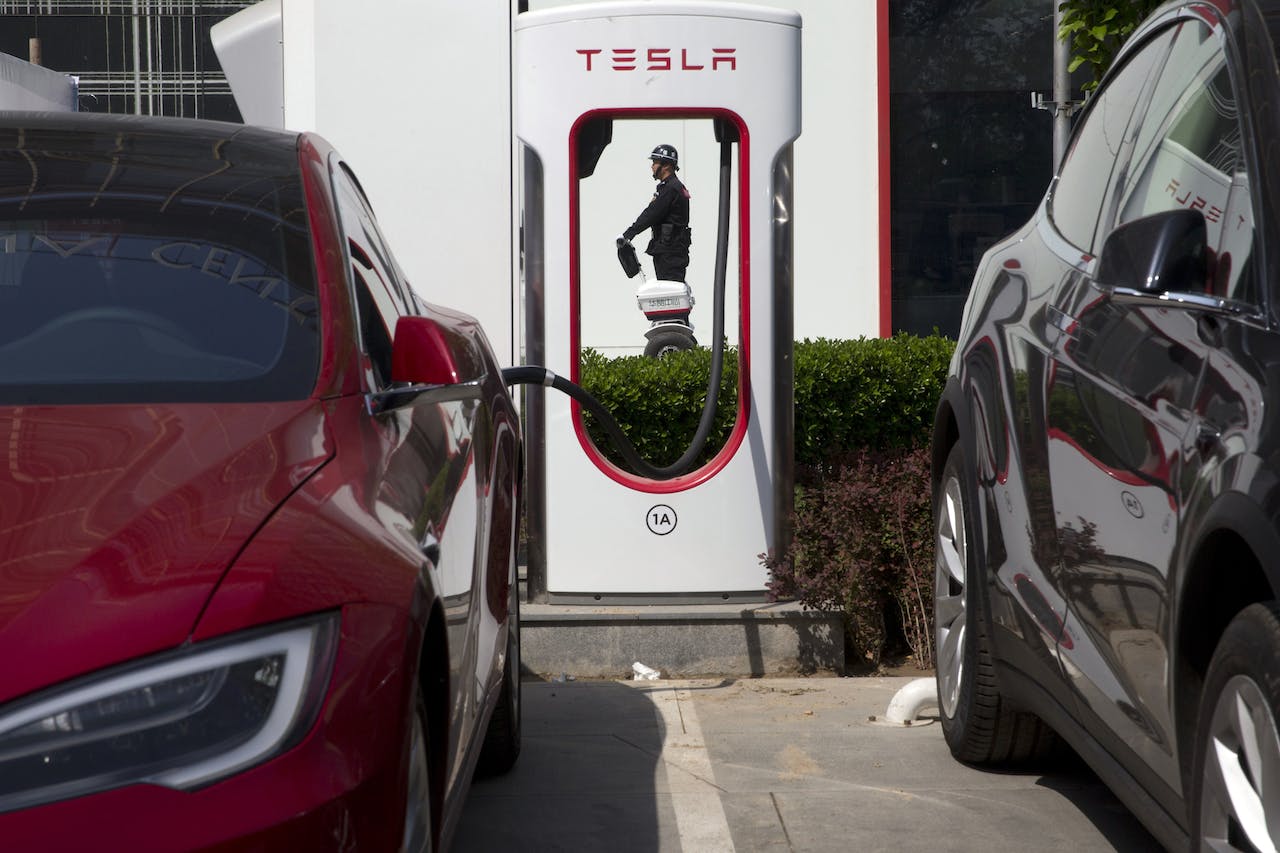 In this Friday, April 14, 2017, file photo, a security guard moves past an electric vehicle charging station in Beijing. Momentum is building worldwide for electric cars thanks to rising government fuel economy standards and climate concerns. Automakers are jumping on board. But selling those cars will be difficult unless the world builds more charging stations. (AP Photo/Ng Han Guan, File)

"If I can't charge at home, there's no way for me to have electric cars as my primary source of transportation," says Solie, who works for the media company E.W. Scripps.

"Humans worst-case their purchases of automobiles. You have to prove to the consumer that they can drive across the country, even though they probably won't," says Pasquale Romano, the CEO of ChargePoint, one of the largest charging station providers in North America and Europe.

Romano says there's no exact ratio of the number of chargers needed per car. But he says workplaces should have around 2.5 chargers for every employee and retail stores need one for every 20 electric cars. Highways need one every 50 to 75 miles, he says. That suggests a lot of gaps still need to be filled.

Automakers and governments are pushing to fill them. The number of publicly available, global charging spots grew 72 percent to more than 322,000 last year, the International Energy Agency said. Navigant Research expects that to grow to more than 2.2 million by 2026; more than one-third of those will be in China.

Tesla Inc. — which figured out years ago that people wouldn't buy its cars without roadside charging — is doubling its global network of Supercharger stations to 10,000 this year. BMW, Daimler, Volkswagen and Ford are building 400 fast-charging stations in Europe. Volkswagen is building hundreds of stations across the U.S. as part of its settlement for selling polluting diesel engines. Even oil-rich Dubai, which just got its first Tesla showroom, has more than 50 locations to charge electric cars.

But there are pitfalls. There are different types of charging stations, and no one knows the exact mix drivers will eventually need. A grocery store might spend $5,000 for an AC charge point, which provides a car with 5 to 15 miles of range in 30 minutes. But once most cars get 200 or 300 miles per charge, slow chargers are less necessary. Electric cars with longer range need fast-charging DC chargers along highways, but DC chargers cost $35,000 or more.

That uncertainty makes it difficult to make money setting up chargers, says Lisa Jerram, an associate director with Navigant Research. For at least the next three to five years, she says, deep-pocketed automakers, governments and utilities will be primarily responsible for building charging infrastructure.

There's also the question of who will meet the needs of apartment dwellers. San Francisco, Shanghai and Vancouver, Canada, are now requiring new homes and apartment buildings to be wired for EV charging.

But without government support, plans for charging stations can falter. In Michigan, a utility's $15 million plan to install 800 public charging stations was scrapped in April after state officials and ChargePoint objected.

"If the U.S. were to send up a flare that policy was going to change... investments would become very attractive," he says.