Demand Overseas Keeps Mustang On Top Despite Lower US Sales 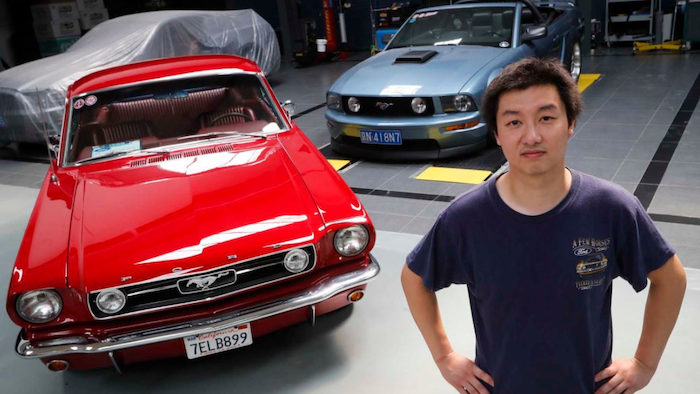 On any given day this summer, you might find 97-year-old Lennart Ribring driving his 2016 Ford Mustang GT on a winding road near his home in Sweden. Or you might see Chris Fitzpatrick polishing his 1967 Mustang convertible in Auckland, New Zealand. Guo Xin might be working on a Mustang in his car repair shop in Beijing, while in England, a happy bride and groom drive off in a Mustang GT California Special.

More than 50 years after it was introduced, the world remains captivated by the Mustang. Ford will ship the quintessential American car to 140 countries in 2017.

"It has a mass appeal," says John Heitmann, a history professor at the University of Dayton and the author of "The Automobile and American Life." ''Cars, historically, have been so closely tied to status and class, but the Mustang transcends so many different class distinctions."

Ford's growling pony car became the best-selling sports car in the world last year, with more than 150,000 sold, according to IHS Markit. Mustang sales are slipping in the U.S., where overall sales are softening. U.S. Mustang sales fell 13 percent last year, and they're down 29 percent so far this year.

But rising sales elsewhere could help the Mustang retain the global crown. 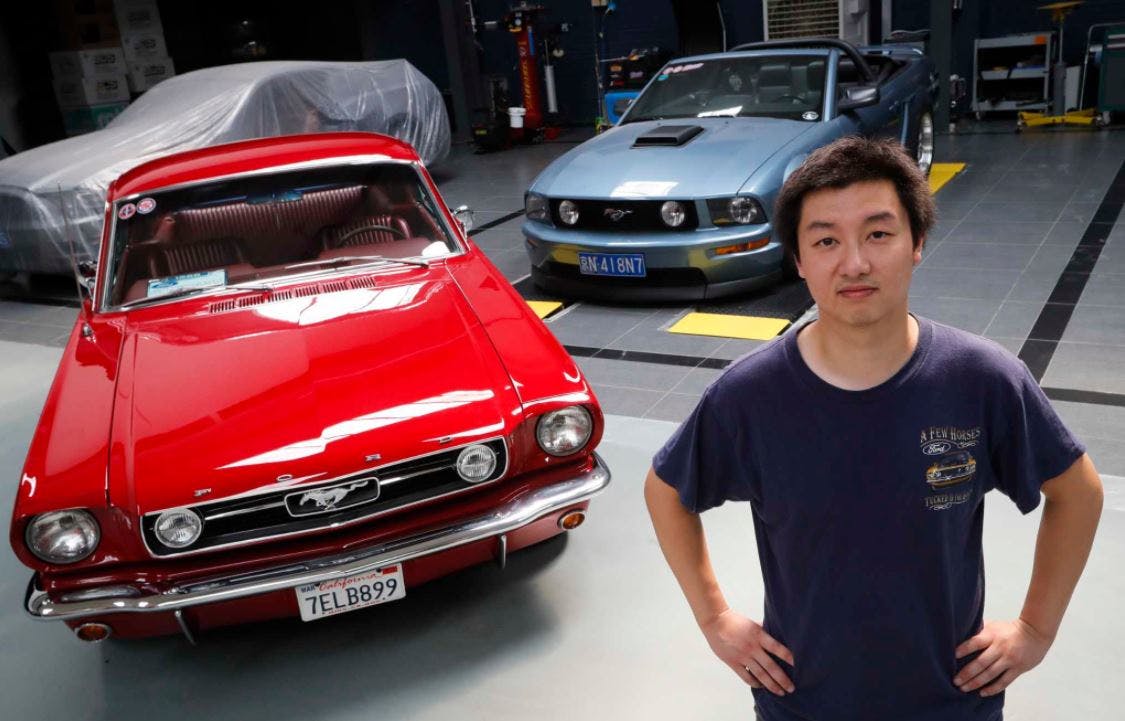 Mustang sales were up 40 percent in the first half of this year in China, where Guo owns three of them, including a 2005 GT convertible.

The former race car driver finds Mustangs tougher and more fun to drive than European or Japanese sports cars. The Mustang beat out two sleeker European rivals, the BMW 4 Series and the Porsche 911, to become No. 1.

"I like what is simple and rough in a Mustang," says Guo, who leads the Mustang Club of China, with more than 3,000 members.

The car's largest fan club, the Mustang Club of America, has around 12,000 members. But there are hundreds of smaller ones. The Icelandic Mustang Club boasts 200 members.

Fans have been importing individual Detroit-built Mustangs for decades, but Ford recently put in the engineering muscle to ensure that the cars could be sold in dealerships around in the world.

The sixth-generation Mustang, released in 2015, is the first that comes in both right-hand and left-hand drive versions. Its air conditioning system was built to withstand blowing sand in the Middle East, while its front end conforms to European pedestrian-safety regulations.

New markets for the Mustang this year include Brazil, Ivory Coast and Palau.

Ford's global push makes the Mustang more accessible to longtime fans like Fitzpatrick. When he was a teenager in New Zealand, American-made cars were expensive status symbols. To him, American cars meant muscle. European sports cars were smaller and less aggressive.

"I always think of touring and power when I think of Mustang," says Fitzpatrick, who now owns two classic Mustangs.

Heitmann, the history professor, says the Mustang is one of the few cars that is appealing — and affordable — to nearly everyone. A base model with a V6 engine starts at $25,000. Aficionados will pay more than double that for a Shelby GT350 version with a V8. Heitmann, 69, has owned two Mustangs in his lifetime, and has his eye on the 2018 model.

"It's democratic. A working-class person can drive this car to the plant, and a banker can drive it to the office. You can't do that with a Mercedes," he says.

Television and movies — like the 1968 thriller "Bullitt" — also cemented the Mustang as a global icon.

"If you ask practically anyone to name an American car, 90 percent of the time they will say 'a Mustang,'" says Frazer Rhodes of Halifax, England.

Rhodes bought a 2005 GT Convertible for his 30th birthday in 2008. After so many friends asked to use it for weddings, he founded a company that rents Mustangs for nearly 250 weddings per year. Couples — many of whom are heading to Las Vegas or Hawaii for their honeymoons — want a car that's cool, not the stuffy Rolls Royces their parents used, he says.

In the U.S., Mustang sales most recently spiked in 2015 when the newest generation was released. They totaled 122,349 that year, but have fallen ever since as that model ages, says Michelle Krebs, an executive analyst with Autotrader. Younger buyers are stretched financially and are less likely to splurge on a sports car, she said. And car buying is in decline among Baby Boomers, who have long fueled sales of Detroit's muscle cars.

But the Mustang will always have its fans. Ribring, the 97-year-old Swede, has been smitten with the car's design and performance since 1964.

"Given that there was no speed limit in Sweden during that time, there was only one option: Buy!" he says.