The German automaker reported better-than-expected earnings thanks to cost controls and a stronger contribution from its core brand. 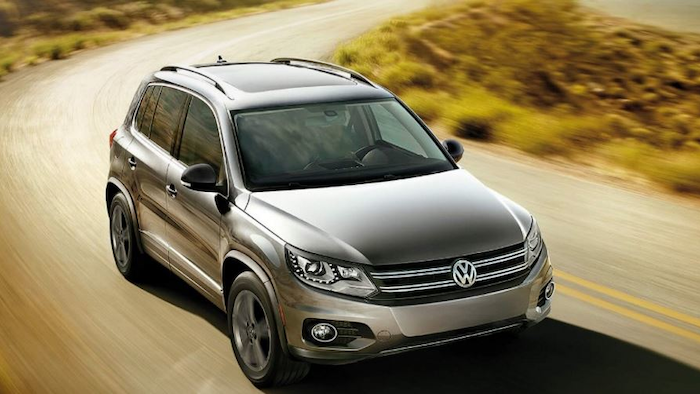 German automaker Volkswagen has reported better-than-expected earnings for the first quarter thanks to cost controls and a stronger contribution from its core brand, which was boosted by new models including the Tiguan SUV.

The company said Tuesday that it made 4.4 billion euros ($4.7 billion) in operating earnings in the January-March period, up from 3.4 billion euros a year earlier. The figure excludes financial items such as interest and taxes.

The company said in a brief news release that the namesake brand contributed 0.9 billion euros. The statement credited success in holding down fixed costs as well as the successful launch of new vehicles including the Tiguan.

The Wolfsburg-based company also said it saw a "strong financial performance" in western Europe. But it left its profit forecast for the full year unchanged at between 6 and 7 percent return on sales.

Most company profits in recent quarters have come from its Audi and Porsche luxury divisions while the core brand has lagged with high costs and low profit margins. Other brands include SEAT, Skoda, and Lamborghini.

Volkswagen's sales have risen despite a scandal over cars rigged to cheat on diesel emissions tests. It passed Toyota last year to become the world sales leader with 10.3 million vehicles sold.

The company pleaded guilty to criminal charges in the United States and faces investor lawsuits in Germany. It has set aside more than 18 billion euros ($19 billion) to cover the costs of the scandal. Those include settlements with environmental authorities as well as the costs of fixing or buying back cars with software that enabled the cheating.

Volkswagen is scheduled to release full financial details including bottom-line net profit for the first quarter on May 3.

Mexico says the U.S. is being unduly strict in its calculations of vehicles' regional content.
Jan 7th, 2022
Follow Us
Most Recent