The federal lawsuit seeks a declaratory judgment that the 2014 "anti-Tesla" law is unconstitutional and an injunction to prevent its enforcement. 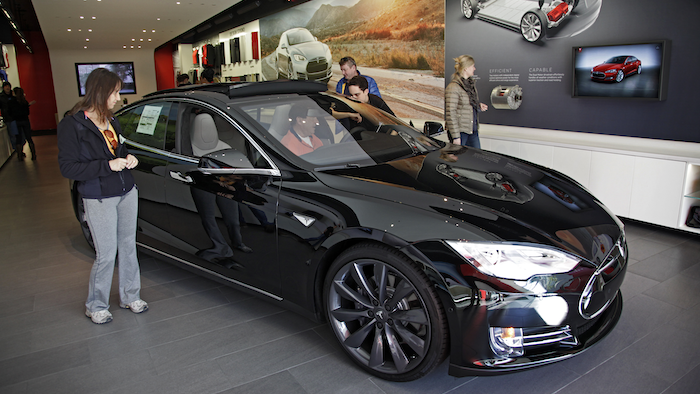 Shoppers check out the Tesla model S at the Tesla showroom at the the Third Street Promenade in Santa Monica, Calif. (AP Photo/Richard Vogel, File)

Tesla sued Gov. Rick Snyder and other top state officials Thursday, challenging a Michigan law that ensures automakers can only sell through independent, franchised dealerships and not directly to customers.

The federal lawsuit seeks a declaratory judgment that the 2014 "anti-Tesla" law is unconstitutional and an injunction to prevent its enforcement.

The Michigan Department of State last week denied Tesla Motors Inc.'s application for a dealer license to sell to consumers, citing the law that is backed by big auto companies and their dealerships. It has not yet decided on Tesla's bid to register a vehicle repair facility in the state that is home to the Detroit Three carmakers.

"The sole purpose for applying (the law) to a non-franchising manufacturer like Tesla is to insulate Michigan's entrenched automobile dealers and manufacturers from competition," Palo Alto, California, company said in the suit. "This is not a legitimate government interest under the U.S. Constitution."

Tesla said it prefers that legislation be enacted to lift the ban on direct sales but was told by legislators in June that no hearing will be held.

"As a result of this law, Michigan consumers are forced to accept reduced access to the products they want, less competition and higher prices. ... Tesla will continue to fight for the rights of Michigan consumers to be able to choose how they buy cars in Michigan," Tesla Motors Inc. said in a statement.

In 2014, the Republican governor and GOP-controlled Legislature amended state law to clarify that car companies can only sell through franchised dealers. Tesla officials said it was a last-minute, monopolistic strike at their upstart company, which has no traditional dealerships.

Snyder spokesman Ari Adler said he does not comment on pending lawsuits.

"The governor is always willing to review legislation presented to him if the state Legislature feels a change in the law is necessary," he said. 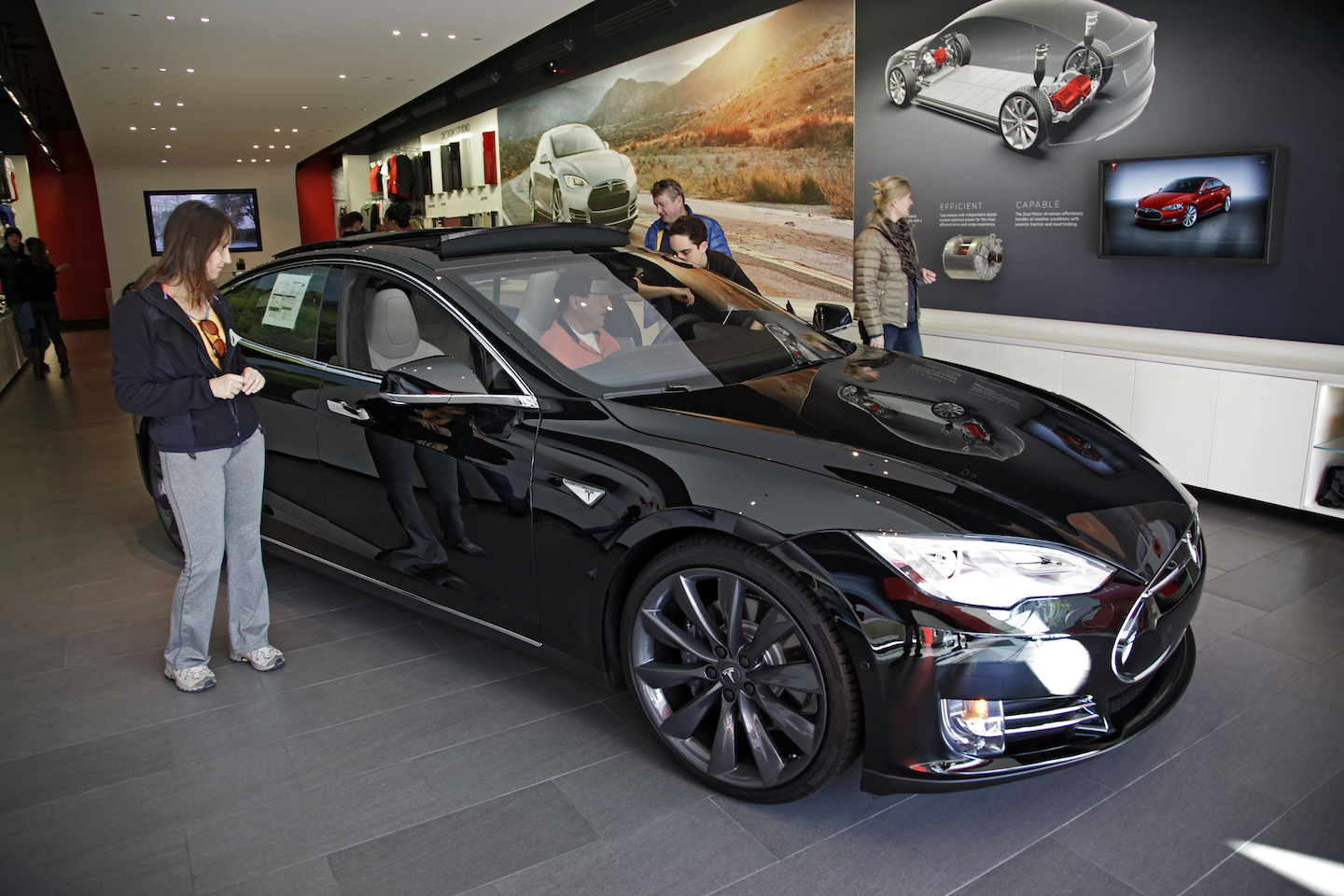 Shoppers check out the Tesla model S at the Tesla showroom at the the Third Street Promenade in Santa Monica, Calif. (AP Photo/Richard Vogel, File)

When Snyder signed the law, he urged lawmakers to engage in a "healthy, open" discussion about whether the business model in Michigan is working.

In the United States, Tesla operates stores in 23 states and the District of Columbia. Tesla also operates in 20 other countries. There are no countries where Tesla has not been able to sell directly, and the only states where it has been unable to get a license are Michigan, Texas, Connecticut and Utah.

The suit was assigned to U.S. District Judge Janet Neff in Grand Rapids.