Toyota Motor Corp. is responding to the main criticism of fuel cell cars, that making the hydrogen for the fuel is not clean.

Toyota Motor Corp. is responding to the main criticism of fuel cell cars, that making the hydrogen for the fuel is not clean, with plans to help make the hydrogen using wind power.

Fuel cells are zero-emission, running on the power created when hydrogen combines with oxygen in the air to make water. But to have a totally clean supply chain, the hydrogen must also be cleanly made. Right now, most hydrogen is produced from fossil fuels.

In a project announced Monday, hydrogen from the wind-power plant Hama Wing in Yokohama, southwest of Tokyo, will be compressed and transported by truck to power fuel-cell forklifts at four sites in the area — a factory, a vegetable-and-fruit market and two warehouses. 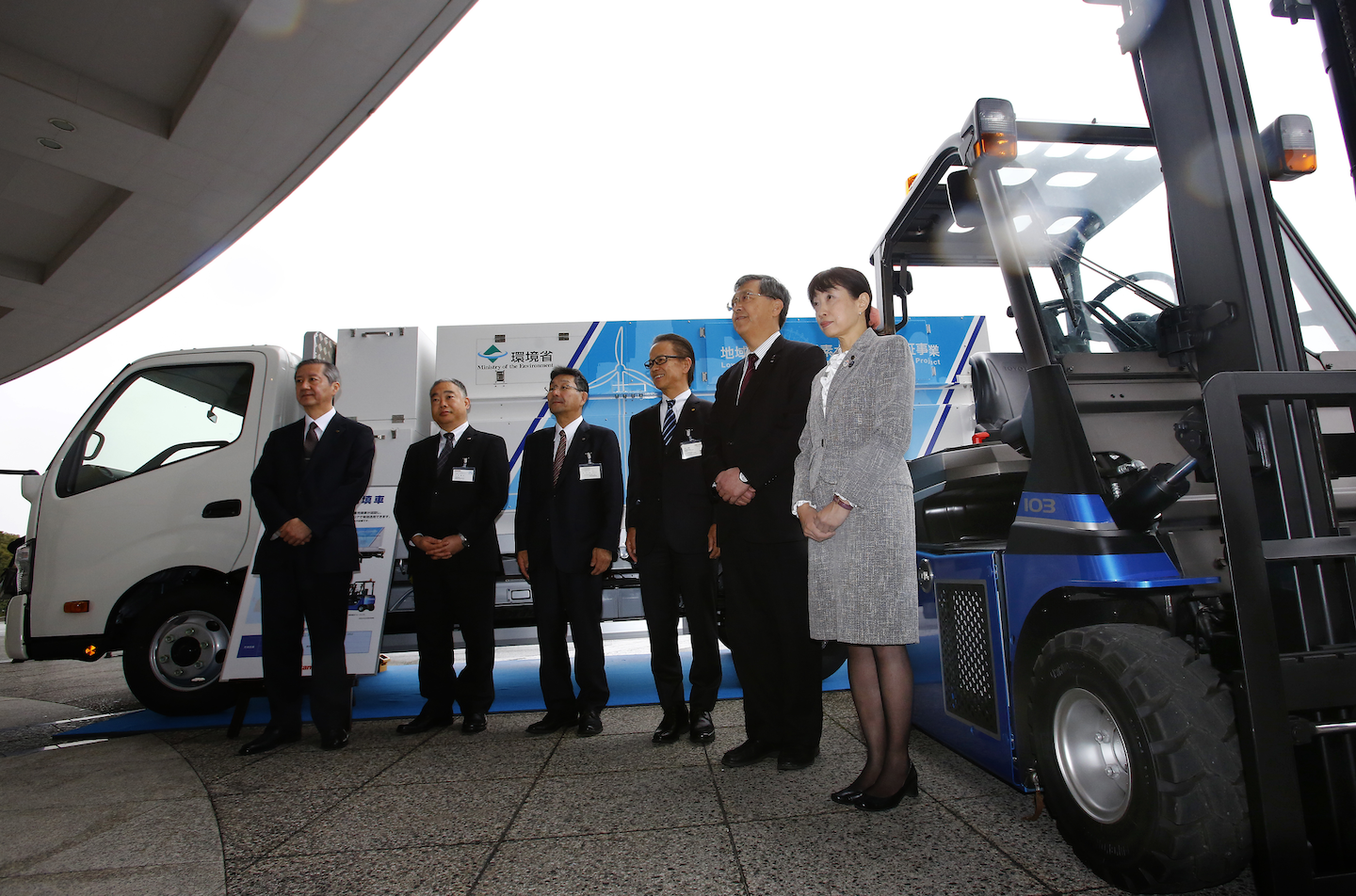 The project is a partnership between Toyota and the cities of Yokohama and nearby Kawasaki, and the prefectural Kanagawa government.

Why not just use the electricity produced by wind power for electric vehicles? Why bother making hydrogen?

Defending the project, Toyota Senior Managing Officer Shigeki Tomoyama stressed that it is easier to store hydrogen than electricity. Clean hydrogen is the best fix for global warming and energy security, he said.

"A stable supply of CO2-free hydrogen is needed," he told reporters at a Yokohama hotel.

Toyota, which makes the Prius gas-electric hybrid, says electric vehicles are limited because of their cruise range.

Wind-powered hydrogen is expected to reduce carbon-dioxide emissions by at least 80 percent compared with using gas or grid electricity, according to the companies.

The hydrogen trucks, which were newly developed, serve as hydrogen fueling stations for the forklifts.

Japan hopes to become a leader in hydrogen power and plans to showcase its prowess during the 2020 Tokyo Olympics. Costs and ensuring an adequate hydrogen supply are obvious challenges.

Such vehicles are still too expensive for regular consumers and are mostly leased to ministries and companies.

Federal labor regulators found that the tweet unlawfully threatened employees if they decided to be represented by a union.
Apr 6th, 2021
Follow Us
Most Recent