Ford joins Honda, Toyota and Nissan is deciding against putting the inflators in new automobiles. 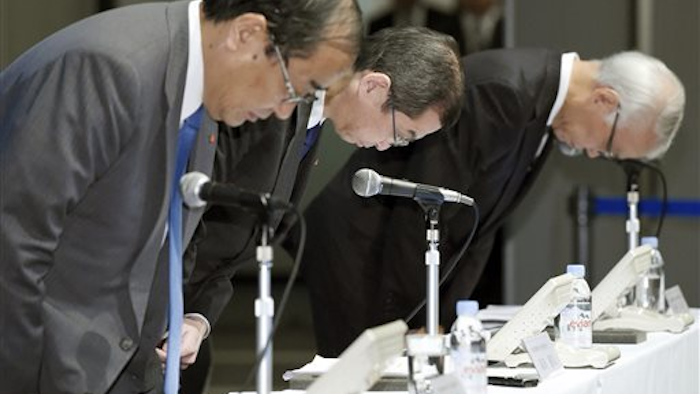 Ford Motor Co. will not be using airbag inflators made by Takata Corp. in future vehicles, another blow to the troubled Japanese parts supplier as the auto industry continues to shun its product.

Ford joins Honda, Toyota and Nissan is deciding against putting the inflators in cars, trucks and SUVs now under development.

Takata inflators can explode with too much force, sending shrapnel into drivers and passengers. At least eight people have been killed worldwide and hundreds injured. The inflators have led to the recall of 19.2 million vehicles in the U.S., and government regulators are investigating the possibility of millions more.

Ford has recalled more than 1.5 million older Mustangs, Ford GTs and North American-built Ranger pickups to replace the inflators. Spokeswoman Kelli Felker would not say if other models have Takata inflators, but said the company has recalled all vehicles with inflators that Takata has determined are defective.

Takata uses ammonium nitrate to create a small explosion that inflates the airbags in a crash. But the chemical can deteriorate under prolonged exposure to airborne moisture, causing it to burn too fast and blow apart a metal canister designed to contain the explosion. Ford has decided to stop using inflators powered by ammonium nitrate, Felker said.

Takata has agreed to phase out ammonium nitrate. As part of a deal with the National Highway Traffic Safety Administration, Takata agreed to pay up to $200 million in penalties and speed up replacement of many of the devices already in use.

Takata Corp. reported a half-year loss of 5.6 billion yen ($45.8 million) this month due to recall costs. The company cut its profit forecast for the full year by 75 percent, reflecting the expense of recalls that affect millions of vehicles globally.

In the U.S., about 23.4 million Takata driver and passenger airbag inflators have been recalled on 19.2 million vehicles sold by 12 auto and truck makers. As of Oct. 9, only 22.5 percent of the recalled inflators had been replaced nationwide, but the pace is a bit faster in high-humidity states like Florida, which have been given priority.