The emissions-rigging scandal will not diminish sales of one of its luxury brands. 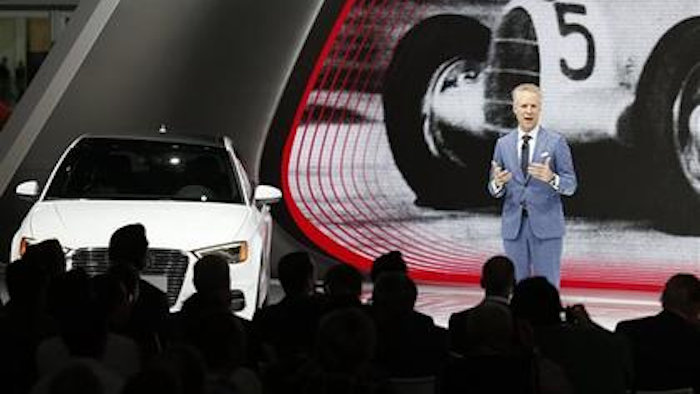 The emissions-rigging scandal that has engulfed German auto giant Volkswagen will not diminish sales of one of its luxury brands in the United States, the head of Audi of America predicted Wednesday.

In the two months since news broke that hundreds of thousands of diesel cars — mostly VWs, but also some Audi models — had their emissions devices doctored to beat US tailpipe tests, sales of Audis have been at record levels compared to the same months in years past, according to company data.

"We'll have a record November and a record December," Audi of America President Scott Keogh told reporters at the Los Angeles Auto Show. In 2014, Audi sold 36,000 cars in the U.S. in November and December.

Keogh added that while sales were important, fixing cars with emissions test "defeat devices" was a priority.

In the past five years, Audi's sales in the U.S. have risen 79 percent, outpacing the overall market, which grew 42 percent, according to Autodata Corp. The brand has benefited from booming luxury car sales and the perception that German manufacturers make better and more prestigious vehicles. Audi sales through October of this year are up another 13 percent from a year ago. Keogh said for all 2015, Audi expected U.S. sales to top 200,000 cars sold for the first time.

Recent data show that VW sales in the U.S., where the scandal first broke Sept. 18, were up just 0.2 percent.

At the auto show Wednesday, Audi also announced that it wanted 25 percent of its U.S. sales to be electric cars — whether gas-electric hybrids or plug-in electric — by 2025. The automaker also said it would be investing, possibly as a partner, in a nationwide network of fast-charging stations to give owners of electric cars the confidence that they will not run out of power on the road.