The UAW union is back with a more concentrated approach after suffering a bitter loss. 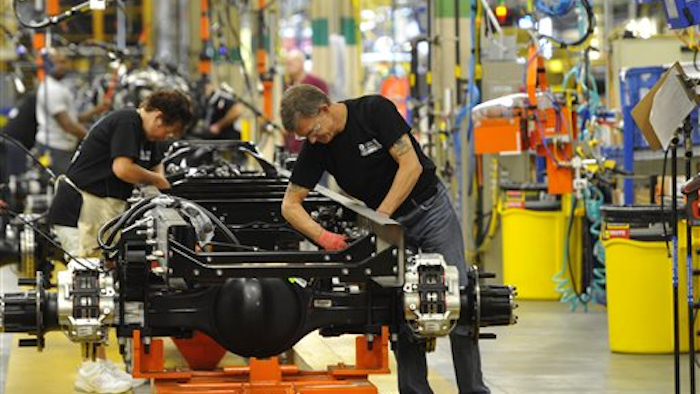 The United Auto Workers union is back with a more concentrated approach after suffering a bitter loss in its efforts to gain collective-bargaining rights for all blue-collar workers at Volkswagen's plant in Tennessee.

The National Labor Relations Board on Wednesday granted a petition by a small group of skilled-trades workers to hold a vote on being represented by the UAW for collective bargaining purposes, turning back a call by the German automaker to require a vote by all blue-collar workers on union issues. The two-day vote is scheduled to begin on Dec. 3.

The 162 skilled-trades workers make up about 12 percent of the roughly 1,400 hourly employees at the Chattanooga plant. If union supporters win the election, it would mark the first UAW success at a foreign-owned automaker in the South.

"There are multiple paths to collective bargaining, and this is a step in the right direction," Mike Cantrell, the president of UAW Local 42 in Chattanooga, said in a statement.

It could also signal a new strategy for the UAW for gaining a foothold at other foreign manufacturers in the region, said Cornell University labor relations professor Richard Hurd.

"It certainly would be a reasonable strategy for them if they want to use this as a way to try to gain a foothold," he said.

Kenneth Dau-Schmidt, a labor law professor at Indiana University, said he would expect the UAW to focus on other German automakers such as the Mercedes plant in Alabama and BMW in South Carolina because of the strong influence unions have in their home territories.

"It would be very hard to tell their unionized workers back in Germany — who also have a say in how the companies are run — that it's very important to be non-union in the United States," he said.

Volkswagen had also argued that the union was seeking to carve out a group of workers more likely to vote for the UAW after it lost last year's election, and questioned the timing of the effort to hold an election amid the fallout of the diesel emissions cheating scandal that has engulfed the company.

But the UAW said that the maintenance workers share unique sets of interests, including enhanced electrical and mechanical skills and training requirements, varying shift schedules, and even different uniforms than their colleagues working in assembly, body welding or the paint shop.

Gary Casteel, the secretary-treasurer of the UAW, criticized Volkswagen for trying to block the vote by skilled-trades workers.

"Volkswagen's attempt to sidestep U.S. law was a waste of employees' time and energy, and a waste of government resources," Casteel said in a statement. "Looking ahead, our hope is that the company now will recommit to the values that made Volkswagen a great brand — environmental sustainability and true co-determination between management and employees."

Volkswagen Chattanooga spokesman Scott Wilson said the company is reviewing the decision and "considering its options."

Groups like the U.S. Chamber of Commerce decry efforts by unions seeking to create smaller collective-bargaining units as being the labor equivalent of political gerrymandering, where the most favorable lines are drawn to gain entry into businesses where the total workforce might lean against union representation.

But recent NLRB decisions have gone in favor of such "micro units," including by cosmetics and fragrance workers at a Macy's department store in Massachusetts and certified nursing assistants at a nursing home in Alabama.

Former NLRB member John Raudabaugh, who was appointed by Republican President George H. W. Bush, said he disagrees with the move away from requiring "wall-to-wall" bargaining units for all workers. Should the Volkswagen maintenance workers succeed, they could gain undue influence at the plant, he said.

"If they don't get what they want, they could go on strike and shut down the whole facility," said Raudabaugh, a law professor at Ave Maria University.