Honda Has The Most High Risk Models In Takata Airbag Recall

Honda says it has fixed 44 percent of the recalled vehicles nationwide. 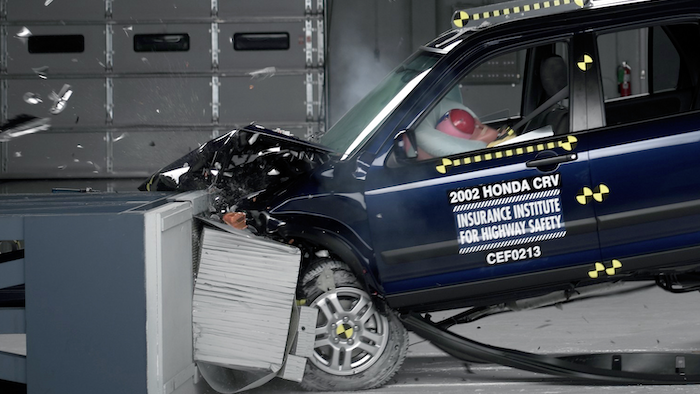 Cars and trucks from the 2008 model year or older that were originally sold or registered in high humidity areas along the U.S. Gulf Coast are getting top priority for repairs as the government commences the massive Takata airbag inflator recall.

Honda Motor Co. leads all automakers with nine models designated as having the highest risk from airbag inflators that can explode with too much force, spewing metal shrapnel into drivers and passengers. Fiat Chrysler was second with seven.

On Nov. 3, the National Highway Traffic Safety Administration took control of the recall, which covers 19.2 million vehicles and is the largest in U.S. history. The agency wants to speed up the pace of repairs and make sure that the limited supply of replacement parts gets to vehicles with the highest risk.

Even with government management, it could take as long as four years to replace all 23.4 million potentially faulty inflators that are now on U.S. roads.

High-priority models were announced as part of an agreement with Takata Corp. of Japan to pay up to a record $200 million penalty for deception in reporting problems and delays in fixing the inflators.

Cars and trucks from Honda and its Acura luxury brand date on the high-risk list date to the 2001 model year. Vehicles from 11 other car and truck makers also are on the list.

Takata inflators can blow apart a metal canister and spew shrapnel into drivers and passengers. Eight people worldwide have been killed by the inflators and more than 100 injured.

In addition to Honda and Fiat Chrysler, Toyota had five vehicles in the top group, and Ford, Mazda, Nissan and Subaru tied with three each. Daimler vans, Mitsubishi and General Motors each had two models, while BMW and Daimler Trucks had one each.

In documents, NHTSA said cars and trucks in the "Priority One" group also have driver's airbags that have been recalled, or both the driver and passenger inflators are faulty, the documents said.

​NHTSA defines the high-humidity region as Alabama, Florida, Georgia, Hawaii, Louisiana, Mississippi, Texas, Puerto Rico, American Samoa, Guam, Saipan, and the U.S. Virgin Islands. The agency says people with the vehicles should get them repaired as soon as possible.

The agency set deadlines to make sure older cars in the risky areas get inflators first. Honda, which is Takata's largest customer, has hired other inflator manufacturers to make replacement parts in addition to Takata. Honda and some other automakers have since said they won't buy Takata inflators.

Honda says it has fixed 44 percent of the recalled vehicles nationwide, nearly double the rest of the industry, which is at roughly 23 percent.

Ammonium nitrate is a likely cause of Takata's problems because it can degrade when exposed to airborne moisture and burn faster than expected. Takata has agreed to stop signing new contracts to make ammonium nitrate inflators.

All 12 automakers are required to contact other manufacturers to get inflators faster, and they must have a sufficient number of inflators to satisfy demand from "Priority One" vehicle owners by March 31, 2016. The recall of top priority vehicles has to be completed by Dec. 31, 2017, while all vehicles in four priority groups have to be fixed by the end of 2019.

A complete list of recalled vehicles can be found at http://www.safercar.gov/rs/takata/images/pdfs/TakataPriorityGroups.pdf

Unless Takata can prove to NHTSA that its inflators are safe, it may have to recall all of them, even those not yet implicated in the case. NHTSA says it does not know how many cars and trucks could be added to the massive recall.