GM says the change, to take effect in January, will align production with demand. 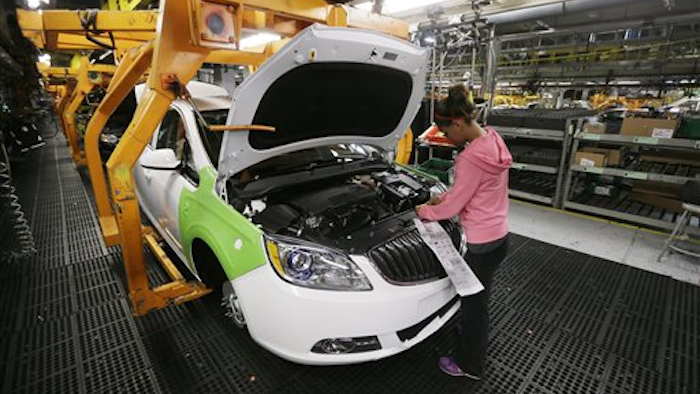 General Motors Co. says it's cutting the second shift at its Orion Assembly plant in suburban Detroit in a move that's expected to result in about 500 hourly worker layoffs.

GM says Friday the change takes effect in January and is designed to align production at the plant in Oakland County's Orion Township with demand.

Since 2010, GM has invested $962 million at Orion Assembly, including $405 million in the past year for the Chevrolet Bolt and another new vehicle. The Chevrolet Sonic and Buick Verano are made at the plant.

The announcement comes a day after Detroit-based GM said it plans to bring back a second shift at its Detroit-Hamtramck Assembly plant, adding more than 1,200 jobs. GM says affected Orion Assembly workers could transfer there or elsewhere.