The charge focused on a dispute over when Willard "Chip" Wells, a United Auto Workers supporter, could hand out union literature at the 5,200-employee plant north of Jackson. 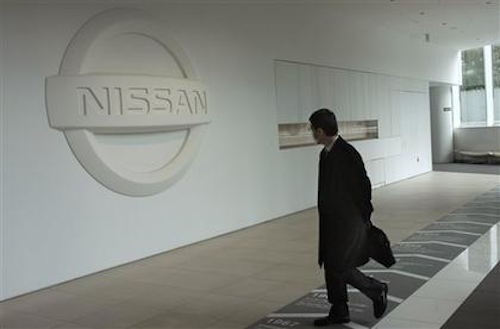 JACKSON, Miss. (AP) -- Nissan Motor Co. says it has settled an unfair labor practice charge with a pro-union worker at its assembly plant in Canton, Miss.

The charge focused on a dispute over when Willard "Chip" Wells, a United Auto Workers supporter, could hand out union literature at the 5,200-employee plant north of Jackson.

The UAW is trying to organize workers to seek union representation. No petition for a union election has been filed.

"Filing charges with the NLRB is a common tactic in an organizing campaign," he said in a statement. "These charges are unsubstantiated and there has been no finding of fault or admission of guilt."

Wells, an 11-year Nissan employee who works in the paint department, said he felt singled out for discipline by managers because of union sympathies after he was interviewed by a local television station in November. Wells had been featured as a pro-UAW voice in news reports multiple times before then.

"I just couldn't do anything good enough for them," he said of supervisors.

The situation escalated when Wells handed out pro-union cards one night. He said he was doing that before his shift started, which is legal under federal law, but Nissan said he handed out cards during work time.

Wells said he felt forced by his supervisor's hostility to take unpaid medical leave in November, and then Nissan refused to allow him to return to work for two weeks after he was cleared by his physician. By the time he returned to work, Wells had decided to file an unfair labor practice charge.

"I want the company to succeed, I just feel the employees need a voice," Wells said of his support for the UAW.

The Mississippi Alliance for Fairness at Nissan says Wells' case is another example of how Nissan mistreats and intimidates pro-union employees at the plant. The alliance is pushing for Nissan to declare itself neutral in the union campaign, giving the UAW a chance to come inside the plant to make its case directly to workers. The company says that while it doesn't want a union, its behavior has been legal.

The UAW recently lost an election at Volkswagen's Chattanooga, Tenn., plant when the German automaker remained neutral. The union is challenging that outcome with the National Labor Relations Board on allegations that politicians and "outside special interest groups" swayed the election.

At Nissan's Canton plant, labor board records show employees supporting the UAW have filed six unfair labor charges with the board in the past two years. This is the first time that a charge was not withdrawn or dismissed.

Officials with the board's New Orleans office, which would have to approve a settlement, said the board has yet to act on the agreement.

Saia said that as part of the settlement, Nissan reiterated that it will follow U.S. labor laws.

"Nissan abides by U.S. labor law and shares the NLRB's commitment to ensure that employees have the right to choose if and how they wish to be represented," he said.

Wells describes the settlement, which requires the company to post a notice promising that it will not discriminate against Wells or interfere with or restrain the labor rights of Nissan employees, as "a slap on the wrist."

The alliance plans a Friday event at a UAW office near the plant, saying it wants Nissan to apologize to Wells and pay him for the period that he was on medical leave.