80% of global trade by volume is transported by sea. 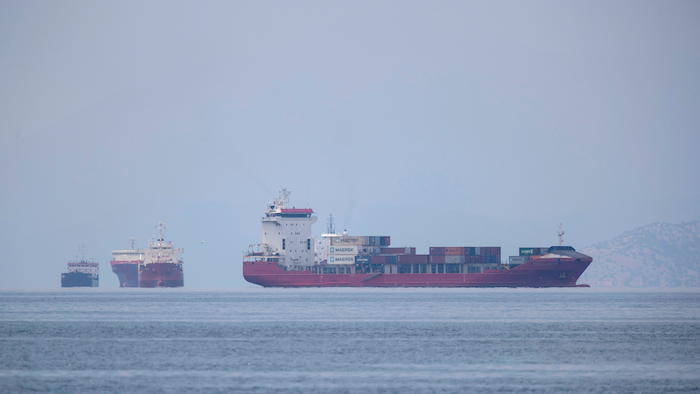 A cargo ship approaches the port of Piraeus as other ships are anchored.
Associated Press

The ITF, a global federation of transport workers’ unions, said in a statement it would “now assist hundreds of thousands of seafarers to exercise their right to stop working, leave ships, and return home.”

With more than 80% of global trade by volume transported by sea, the world’s more than 2 million merchant seafarers play a vital role in keeping countries supplied with everything from raw materials and fuel to food and consumer goods.

But lockdowns and travel restrictions imposed by countries across the world to curb the spread of the new coronavirus are preventing crew members who have reached the end of their contracts from leaving the ships and returning home. Many have been on board, without the possibility of setting foot on land even briefly, for several months beyond their original contracts.

The ITF, along with the International Chamber of Shipping and shipping companies, have been pressing governments for months to designate seafarers as essential workers, exempting them from travel restrictions and allowing for crew changeovers. They have warned that fatigued crews working for months after they were supposed to return home pose a threat to shipping safety, the environment and trade.

The ITF’s secretary general, Steve Cotton, said the federation and its affiliated unions would “do everything we can” to help crews return home.

“If getting seafarers off these ships causes chaos in supply chains, if ports back up from Singapore to San Francisco, and if this causes ship insurance providers to pull their coverage and global trade to grind to a halt, then that is on the heads of politicians, not the world’s seafarers,” Cotton said in the ITF statement.

While some countries, mainly in Europe, have been allowing crew changes to take place, continuing travel restrictions are still making it impossible for many seafarers to leave their ships.

“Enough is enough. We have to draw a line in the sand and today is the day that we make it crystal clear to governments, that from June 16, seafarers are going to start enforcing their right to stop working and to return home,” ITF President and Dockers’ Section chair Paddy Crumlin said. “No more contract extensions.”

The recovery in global manufacturing is straining demand for processor chips.
May 7th, 2021
Follow Us
Most Recent