U.S. Wholesale Stockpiles Slipped In July, Weighed Down By Oil

Cheaper oil prices are weighing on the value of wholesalers' holdings, while consumer spending elsewhere has yet to fully offset the steep drop in petroleum costs. 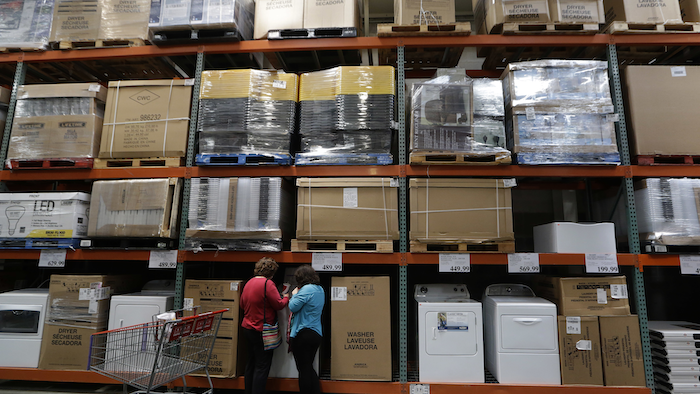 Cheaper oil prices are weighing on the value of wholesalers' holdings, while consumer spending elsewhere has yet to fully offset the steep drop in petroleum costs. Oil inventories — which are measured in dollars — plunged 4.8 percent in July and 19.8 percent over the past 12 months.

The combination of falling inventories and sales are generally signs of slower economic growth. This is because companies are anticipating weaker sales in the coming months, causing them to reduce their stockpiles.

But the decline occurred in July despite clear positives for the economy in terms of hiring. Steady job growth since early 2014 has lowered the unemployment rate to 5.1 percent, a level usually associated with an economy at full health.

Sales by wholesalers have dropped 4.2 percent over the past 12 months, mostly because of the steep 35.7 percent decline in the petroleum category.

Despite the overall July decrease in stockpiles, wholesale inventories are at a seasonally adjusted $584.3 billion, 4.9 percent above a year ago. Inventories for autos, furniture and groceries advanced in July, while pharmaceutical drugs fell.

The U.S. economy has slowly rebounded over the past six years to recover from the Great Recession. Annual economic growth has averaged a shade under 2.2 percent in the first half of 2015, roughly in line with other years of the expansion.

Many economists say that growth could pick up speed in the coming months. But because of a global slowdown from China to Europe, continued U.S. expansion will largely depend on job growth driving stronger consumer spending.

For the past three months, employers have added an average of 221,000 jobs. They look eager to continue hiring. Job openings surged 8 percent to 5.75 million in July, the most since records began in 2000, the Labor Department said Wednesday.