The number of available jobs jumped sharply in July to the highest level in 15 years, evidence that confident employers sought to step up hiring to meet greater demand for their goods and services. 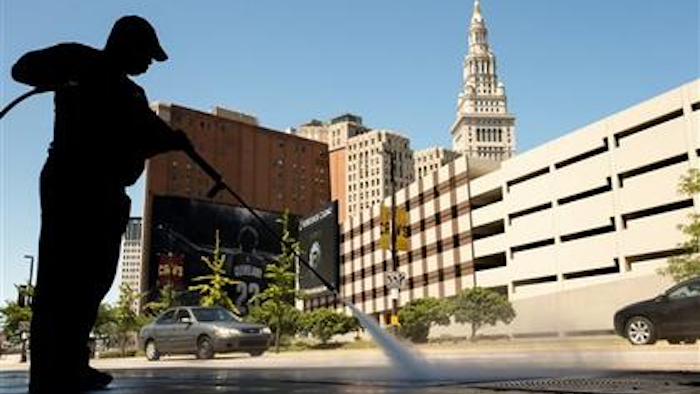 The number of available jobs jumped sharply in July to the highest level in 15 years, evidence that confident employers sought to step up hiring to meet greater demand for their goods and services.

Job openings soared 8 percent to 5.75 million, the most since records began in 2000, the Labor Department said Wednesday. Yet overall hiring slumped, suggesting that employers are slow to fill the jobs they have advertised.

The big jump in openings in July would typically point to greater hiring in the months ahead. Yet China's economy stumbled in August, raising fears among investors of weaker global growth and causing violent swings in the U.S. and overseas stock markets.

That may cause employers to take a cautious approach in coming months toward actually placing people in open positions.

At the same time, the sharp rise in available jobs could lead to larger paychecks. As more employers compete to fill available jobs, they may be forced to raise wages to attract candidates from the dwindling number of unemployed.

The surge in openings may also be a sign that employers are having difficulty finding workers with the skills they need. That would leave jobs open for longer periods and boost the number of positions available.

"The data ... now signal unambiguously that the labor market is unable to supply the people companies need," Ian Shepherdson, chief economist at Pantheon Macroeconomics, wrote in a note to clients. "Usually, that means wages will accelerate, though the evidence for that now is mixed."

In the past 12 months, average hourly pay has increased just 2.2 percent, up from a 2 percent pace in July. But that is below the 3.5 percent to 4 percent that is typical in a healthy economy.

While the number of available jobs surged in July, the overall pace of hiring slowed. Employers hired 4.98 million workers that month, down from 5.18 million in June. In the past year, open jobs have leapt nearly 22 percent, while total hiring has actually slipped.

Economists point to several reasons for the gap between openings and hiring. Some note that businesses are increasingly seeking high-skilled workers in fields that are in short supply, such as software programmers, data analysts, and cybersecurity specialists. Jobs with more complex skills can also take longer to fill than lower-skilled positions because it can take longer to evaluate candidates for those jobs, recruiters say.

Companies may also not be offering high enough pay to attract the employees they need. And businesses are more likely to use background checks, skill tests and extensive interviews before making job offers, according to Glassdoor, a jobs and recruiting website. That has slowed the hiring process.

The figures come after last Friday's jobs report pointed to steady, if modest, hiring. Employers added 173,000 jobs in August, the fewest in five months, but job gains in June and July were revised higher.

The job gains reported by the government on Friday are a net total: Jobs gained minus jobs lost. The data reported Wednesday, in the Job Openings and Labor Turnover survey, are more detailed. They calculate total hires, as well as quits and layoffs.

The unemployment rate fell to 5.1 percent in August, the lowest in seven years, from 5.3 percent. Still, a broader measure that includes those looking for work, people working part-time but who would prefer full-time jobs, and Americans who have stopped looking for jobs, stood at 10.3 percent. That suggests the job market isn't quite as healthy as the unemployment rate would indicate.