Is the outsize role played by China's government in its economy to blame for its multibillion-dollar trade surpluses with the United States? 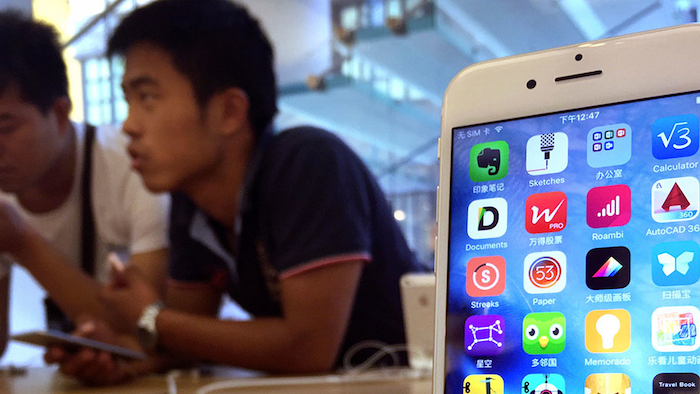 BEIJING (AP) — Is the outsize role played by China's government in its economy to blame for its multibillion-dollar trade surpluses with the United States?

Yes, says U.S. Treasury Secretary Steve Mnuchin. But economists say while Beijing hampers access to its markets, the bulk of China's trade surplus stems from its role in complex global manufacturing chains instead of trade policy. Here's a look at some of the key questions.

WHAT IS THE ADMINISTRATION ACCUSING CHINA OF?

U.S. President Donald Trump temporarily set aside complaints about market access and currency in April in hopes Beijing would help pressure North Korea to end nuclear weapons development. But tensions bubbled up this week at a U.S.-Chinese dialogue where Mnuchin blamed China's $347 billion trade surplus with the United States last year on "government intervention in its economy."

No question, China's government looms large in the economy. The ruling Communist Party sees itself as the leader of development — a kind of venture capital investor on a national scale. State-owned companies control industries including oil, banking, telecoms and steel.

Foreign business groups accuse Beijing of blocking access to promising industries in an attempt to nurture its own competitors in fields from medical equipment to renewable energy to electric cars. But such complaints often focus on areas where companies want to invest in China, which would have a limited effect on the trade balance.

Economists say the bulk of China's trade surplus with the United States stems from the country's role as the final assembly point for components imported from South Korea, Taiwan and other economies.

China's main contribution is low-cost labor. The full price of the goods is counted in China's column in U.S. import statistics, but this country might keep as little as 1 percent of that.

Last year, China ran a $65 billion trade deficit with Taiwan, a key supplier of high-end components used in huge volumes by the mainland's smartphone factories. Its deficit with South Korea was $43 billion deficit and with Japan, $10 billion.

Economists note Asia's total trade surplus with the United States has held steady over the past three decades. In effect, deficits the United States ran with Japan, South Korea and other Asian exporters have shifted to China's column in U.S. accounts.

They are assembled in China and count as a Chinese export to the United States. But China's contribution to the iPhone's value is as little as $5 for labor and $10 for basic components. Most of the iPhone's retail price of up to $870 flows to Apple or to Asian or U.S. technology suppliers. Those figures don't show up in the U.S.-Chinese trade balance.

Economists note the U.S. global trade deficit started to balloon in 1997, six years before China's surplus started to surge. They say that suggests the reason behind the imbalance lies somewhere other than China.

"America's trade deficit with China neither explains the size of America's overall deficit nor which country benefits more from the bilateral trading relationship," wrote Yukon Huang and David Stack in a report for the Carnegie Endowment for International Peace.

China's imports of food, clothes, cosmetics and other consumer goods from United States are growing. But with Chinese incomes at about one-tenth of U.S. levels, spending power is limited.