The European Union warned Monday that Britain's economic growth could be 2.5 percent lower than previously forecast through next year as a result of the negative effects from the country's decision to leave the bloc. 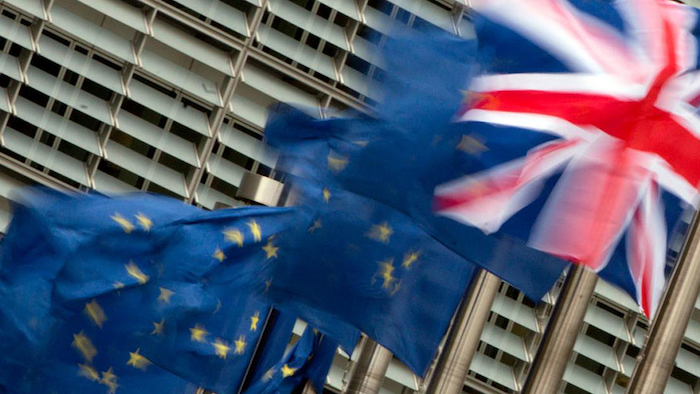 BRUSSELS (AP) — The European Union warned Monday that Britain's economic growth could be 2.5 percent lower than previously forecast through next year as a result of the negative effects from the country's decision to leave the bloc.

In a preliminary assessment of the costs of a so-called Brexit, the EU's economic affairs commissioner Pierre Moscovici said the increased uncertainty related to the June 23 vote to leave the EU will reduce Britain's GDP between 1 and 2.5 percent by 2017 compared to where it would have been had the country voted to stay.

A recent survey from market research firm GfK found that consumer confidence took a dive in wake of the referendum. The decline, which it said was the sharpest in 21 years, is important as consumer confidence is fundamental for household spending, a key ingredient of the British economy.

There have also been signals from businesses that they are putting investment decisions on hold as they try and gauge what the post-Brexit economic landscape will look like. Most importantly, they want to know whether Britain will have the same sort of access to the EU's single market.

Moscovici also said Brexit could reduce economic growth forecasts in the 19-country eurozone by between 0.2 percent and 0.5 percent through 2017.

However, he insisted that these weren't official forecasts and could be changed "if we are capable of limiting uncertainty and delivering the proper policy response."

Moscovici said he was encouraged by the fact that the political landscape in Britain has been resolved far more quickly than anticipated. It was revealed Monday that Theresa May will become the country's new prime minister on Wednesday after the only other candidate to lead the governing Conservative Party withdrew from the race. The contest was initially expected to last until early September.

Moscovici urged May to clarify Britain's situation with the EU "as soon as possible." He said the British government should notify its intention to leave under the so-called Article 50, which provides the framework for a departure. Once Article 50 is triggered, there is a two-year timetable for a country to leave.

"This is a precondition for any negotiation to start on its future relationship with the EU, either formal or informal," he said. "The longer the uncertainty lasts, the costlier it will be for the economy."

Most economists expect the Bank of England to look to stimulate the British economy at this week's policy meeting. Some expect the central bank to reduce its benchmark interest rate to a new record low from the current 0.5 percent, where it has been since March 2009.