NAFTA A Sore Spot For Some Democrats On Clinton In Michigan

Michigan is trickier than it may appear for Hillary Clinton, a Democrat whose party's presidential nominees have carried the struggling manufacturing hub for decades. 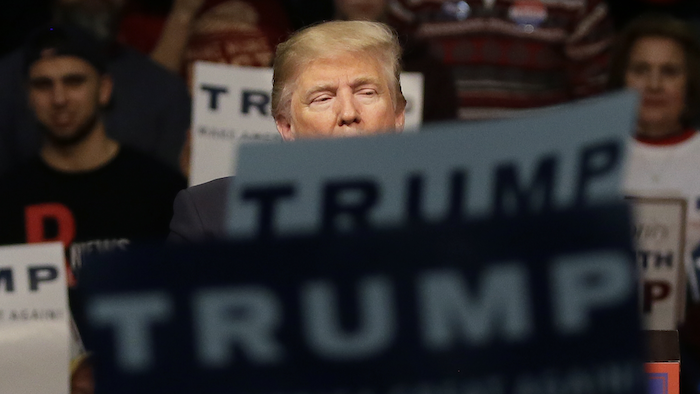 In this photo taken March 4, 2016, Republican presidential candidate Donald Trump speaks during a rally at Macomb Community College in Warren, Mich. Trump says he can win the state and the entire the Upper Midwest by promising to back out of the North American Free Trade Agreement, the treaty blamed for the loss of countless Rust Belt jobs. (AP Photo/Carlos Osorio)

MOUNT CLEMENS, Mich. (AP) — Michigan is trickier than it may appear for Hillary Clinton, a Democrat whose party's presidential nominees have carried the struggling manufacturing hub for decades.

Bernie Sanders beat her in the state's Democratic primary by railing against the North American Free Trade Agreement. Republican Donald Trump is more popular with Michigan's working-class white voters than past GOP candidates, and has pledged to back out of the treaty that some blame for the loss of countless Rust Belt jobs.

While Clinton's history of supporting free trade may not cost her the state, it is costing campaign staff and money to defend its 16 electoral votes.

"It's an issue that Sanders used to his advantage in the primary and obviously was successful," said Michigan Democratic organizer Amy Chapman, who was Barack Obama's state director in 2008 and a senior adviser in 2012. "Obviously, it's something they need to figure out as they figure out what it takes to win Michigan."

Trump last week blasted the pact signed by President Bill Clinton and predicted that backing out would restore millions of factory jobs.

At stake is the white, working-class vote, which Trump says he can turn out in droves, thereby putting upper Midwestern battlegrounds long carried by Democrats into competition in his quest for the 270 electoral votes needed to win the presidency.

Trump says his appeal to disaffected workers has taken hold, and can put in play Wisconsin and Pennsylvania, states carried by Democratic presidential candidates since the 1980s.

Hillary Clinton supports renegotiating NAFTA, signed in 1992 and in effect since 1994, with Canada and Mexico. She also has said she opposes the Trans-Pacific Partnership, an ambitious agreement with Asian nations.

But she also has demonstrated that Trump's argument is worth her time to rebut. Last week, Clinton criticized Trump's business practices and sought the help of U.S. Rep. Brenda Lawrence, D-Mich., to argue that Trump's practice as a real estate mogul contradicts his talk.

"What happened in the Trump Casino in Atlantic City was the fact that he did not honor contracts," Lawrence told Michigan reporters after Clinton spoke in Atlantic City, New Jersey. "He did not pay for services."

Trump's trade position, a sharp departure from Republican orthodoxy, has the appearance of moving to Clinton's left on trade, and sounds an alarm for her to address the treaty in Michigan, say Democratic activists in the state.

Clinton can still carry Michigan, he added. "But she needs to really emote with people here and recognize that there is a problem."

Although it's not Michigan's only example, Macomb County represents the heart of this voting bloc.

The county northeast of Detroit is a frayed series of suburbs epitomized by county seat Mount Clemens. The once-thriving automakers' bedroom community is marked by shuttered buildings, including the 15-story former courthouse, an art deco monument to more prosperous days.

Less than 20 miles away, the Mexican and Canadian flags fly alongside the stars and stripes outside General Motors' Technical Center in Warren.

Michigan has lost a net of more than 500,000 manufacturing jobs since 2000, according to federal labor statistics, a dive that steepened during the recession that afflicted the rest of the nation in 2008.

A solid third of union members typically vote Republican in presidential elections. But Clinton's advantage among union members in surveys over Trump is the same as Obama's was over Arizona Sen. John McCain at the same point in the 2008 campaign, said Michael Podhorzer, political director with the American Federation of Labor.

He acknowledges Trump is stronger than past GOP nominees, at least with nonunion, working-class whites.

Podhorzer and Michigan union leaders say they are working hard to keep union members from falling into that category.

In the chase for 270 electoral votes, Trump can afford to lose Florida's 29 electoral votes, if he can make up for it by winning, say Michigan's 16 and Ohio's 18, or Wisconsin's 10 and Pennsylvania's 20.

Internal Clinton campaign polls suggest she is receiving as much support among other groups, such as African Americans, in Michigan, as Obama did in carrying the state by 9 percentage points four years ago, said her director of battleground data, Michael Halle.

Trump would need to make up that deficit with a huge swing in the white vote, Halle said.

"That seems very difficult and would be a huge shift from the 2012 vote," he said. "We believe we have a strong line of attack that will resonate."

Clinton has not begun advertising in Michigan, but she has a staff, and a veteran state operative is directing her campaign there.

Trump has struggled to get started in Michigan, but has now named former senior state Republican Party organizers to run his campaign in the state. 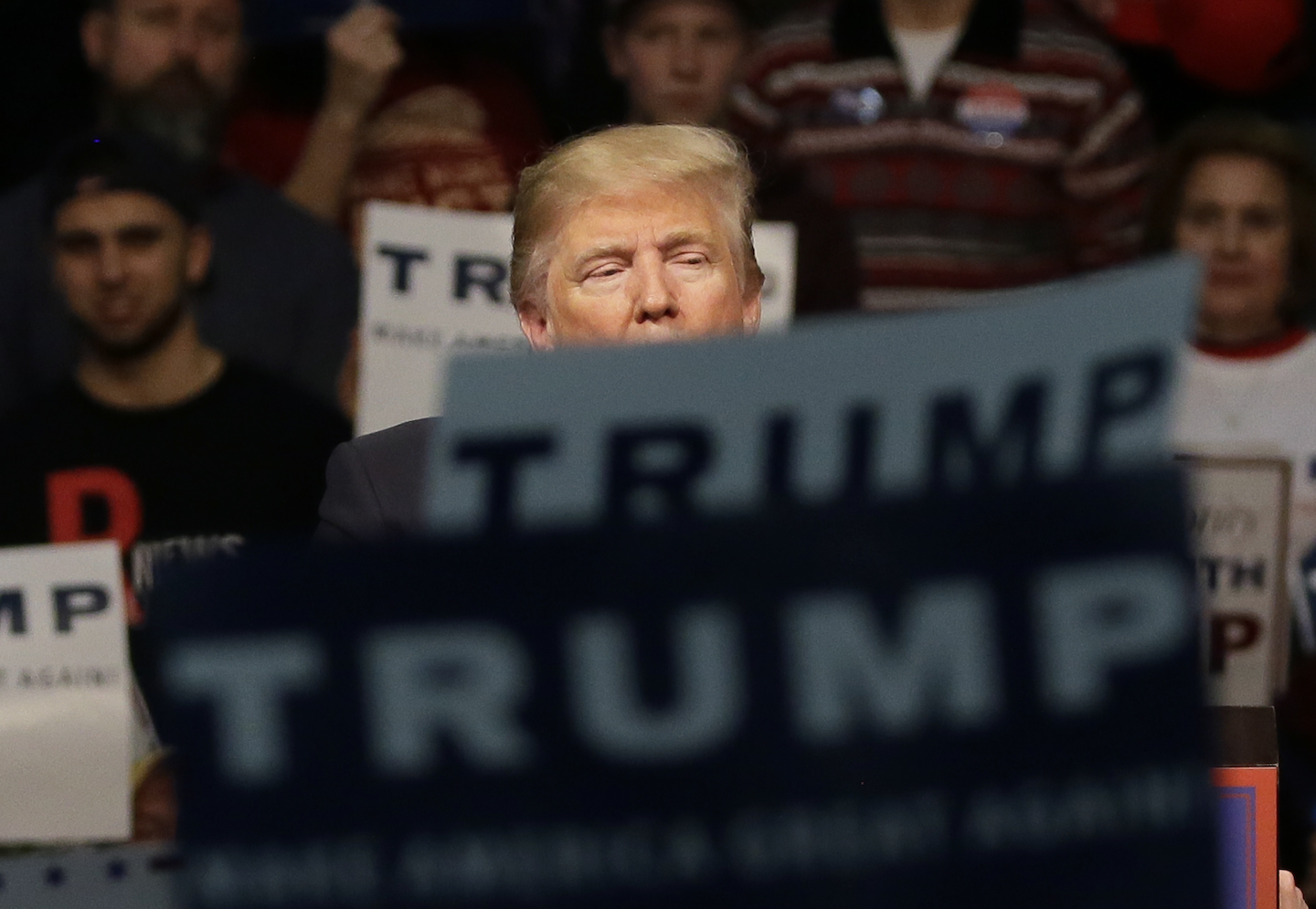 In this photo taken March 4, 2016, Republican presidential candidate Donald Trump speaks during a rally at Macomb Community College in Warren, Mich. Trump says he can win the state and the entire the Upper Midwest by promising to back out of the North American Free Trade Agreement, the treaty blamed for the loss of countless Rust Belt jobs. (AP Photo/Carlos Osorio)
Latest in Supply Chain