The Federal Trade Commission considers a product made in the U.S. only when "all or virtually all" the product is U.S.-made. 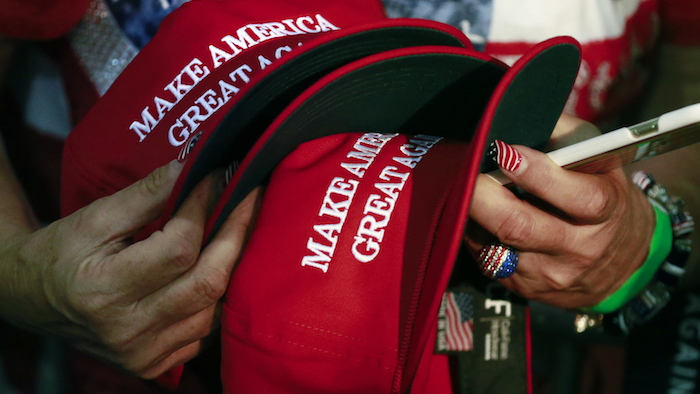 Donald Trump's "Make America Great Again" hats tout they are "Made in USA." Not necessarily always the case, an Associated Press review found.

The iconic, baseball-style hats are indeed stitched together at a small factory in the Los Angeles area. But at least one of the hats in a small sample tested by the AP and an outside expert did not contain the specific type of American-made fabric the hats' manufacturer insists his factory always uses to make each one.

The true origin of the fabric in that hat remains a mystery — whether U.S.- or foreign-made and by whom — and a striking example of how difficult and murky it can be to verify something is actually "Made in USA." The Republican presidential candidate has made it a cornerstone of his campaign that U.S. companies and individuals should aim for that standard to bring back American jobs, even if it costs more.

Informed of the AP's findings, Trump said any misrepresentation would be unacceptable. "I pay a good price for that hat. If it's not made in the USA, we'll bring a lawsuit."

The AP review included a microscopic analysis of five hats bought from Trump's campaign website, which showed the fabric in one hat was of a different type than that made by the supplier the manufacturer told the AP provides all his hat fabric.

In addition to the fabric analysis, two of the manufacturer's employees, including a top sales agent, said the hats' fabric, bills and stiffeners were imported from overseas.

The factory's owner, Brian Kennedy of Cali-Fame of Los Angeles Inc., said the two employees were wrong, but he declined to explain the fabric discrepancy. Federal law requires that items labeled "Made in USA" be made from materials "all or virtually all" from the United States.

On a broad level, the tale of Trump's hats shows the challenge of revitalizing U.S. manufacturing, which has been ravaged by cheap competition from overseas. Trump has accused Asian countries of unfairly manipulating their currencies to boost exports.

Labor costs in Asia are so low that hats or clothing can cost less than half the price of products made in the United States. Asian fabric prices are also lower, though less dramatically. While Trump has tried to get Made in USA hats for his campaign, knockoffs, clearly made in China, do a brisk business for other vendors. And Trump's private companies and the clothing line run by his daughter Ivanka routinely sell clothes and other products made in China and other Asian countries.

Trump has warned Ford Motor Co. that he would place a 35 percent tax on cars sent to the U.S. from a planned plant in Mexico, and he has pledged to "get Apple to start building their damn computers and things in this country."

"All it takes is a commitment to winning and making 'Made in America' a badge of honor like it used to be," Trump wrote last year. 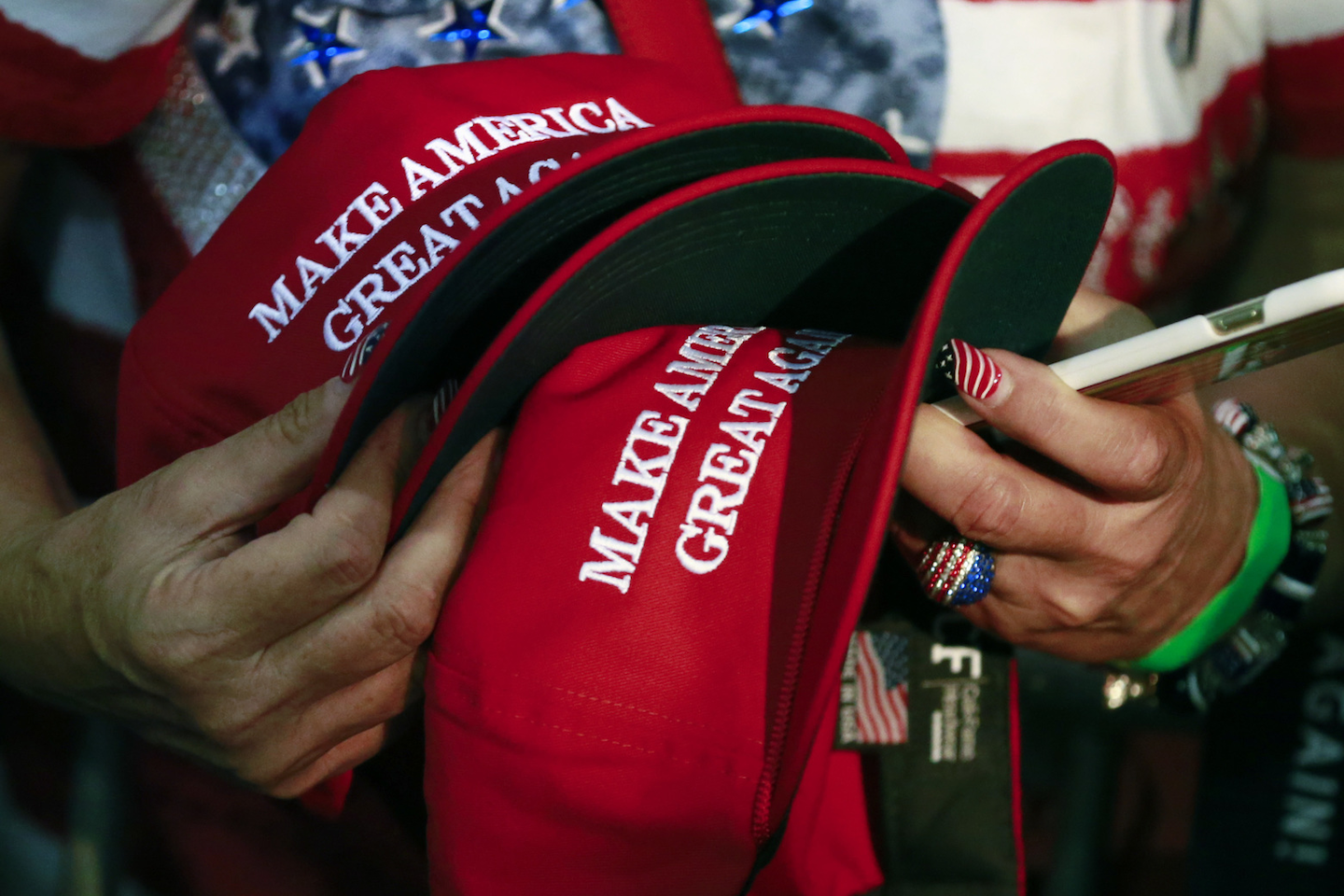 But the Trump campaign's experience shows how difficult it can be to be utterly certain of a product's provenance. Trump told the AP that his staff had visited Cali-Fame's factory and reviewed paperwork guaranteeing the hats qualified for Made in the USA labeling. "It was very important to us that these hats be made in the USA," he said.

The requirements for labeling a product as made in the USA go well beyond stipulating that it be produced in a factory on American soil. The Federal Trade Commission considers a product made in the U.S. only when "all or virtually all" the product is U.S.-made. It defines that as cases where "all significant parts and processing that go into the product are of U.S. origin."

Ironically, even as the Trump campaign strives to provide Made in USA hats, unofficial knock-offs of Trump hats, made in China and not endorsed by Trump's campaign, are widely available.

Trump's campaign sells its hats for $25 to $30 each on its website. It was unclear how many it has sold, but the campaign has paid Cali-Fame nearly $1.5 million for hats through the end of last month. The knockoffs, sometimes worn by Trump supporters at his rallies, can be had for as little as $6 on Amazon.com.

Trump acknowledged there appeared to be a demand for the cheaper, foreign hats. He said he was unsure whether supporters buying those hats never checked the tags or didn't care. "I don't know if they know," he said.

Trump said his organization has been writing letters trying to force the knockoff makers to stop.

"Maybe we'll end up suing companies," he said. "Who knows where they are?"