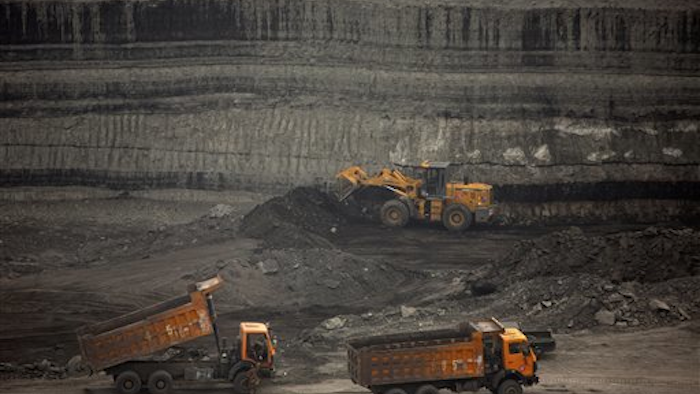 It is the biggest source of heat-trapping greenhouse gases that negotiators around the world hope to limit in an agreement to be thrashed out in Paris next month.

There are vast parts of the developing world that will continue to see growth in demand for electricity, driven by sales of televisions, refrigerators and the construction of highways and malls as incomes increase, said Xizhou Zhou, the China chief for energy consultants IHS Energy.

"The cheapest way to provide electricity in many of these places is still coal-based," Zhou said.

This underlines the challenge facing negotiators who will convene in Paris Nov. 30 to agree on how to limit emissions of fossil fuels. Scientists say coal, oil and gas emissions, including carbon dioxide and methane, are key drivers of rising temperatures that could lead to intense droughts or flooding of island nations.