The head of the International Monetary Fund says she supports adding China to an exclusive club of the world's top currencies. 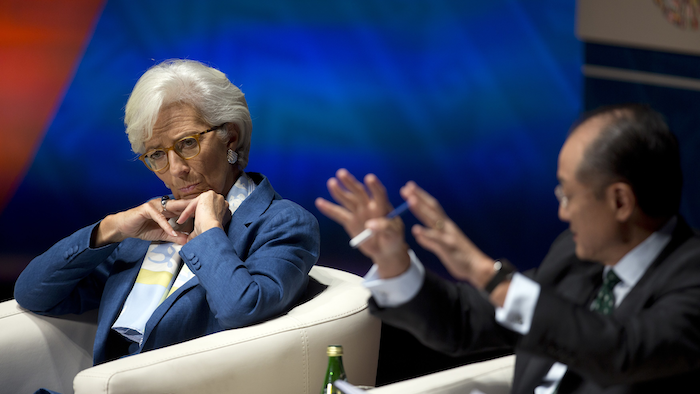 WASHINGTON (AP) — The head of the International Monetary Fund says she supports adding China to an exclusive club of the world's top currencies.

Christine Lagarde said Friday that she supports findings by staff at the IMF that China's currency, the yuan, meets the criteria for inclusion in the basket of currencies used in the fund's operations.

China has wanted to join the club known as the IMF's Special Drawing Rights basket. It's a virtual currency the IMF can use for emergency loans and IMF member countries can use to bolster their own reserves in times of crisis.

Joining the basket would give the yuan the IMF's seal of approval and might encourage foreigners to use the Chinese currency more and to have more confidence in China's financial markets.

The yuan would join the U.S. dollar, euro, British pound and Japanese yen. Unlike those currencies, the tightly managed yuan does not trade freely.

Earlier this month, however, China announced it will allow the yuan to trade freely by 2020, potentially easing trade tensions with the United States and other nations.

The recommendation now will go before a vote by the IMF board on Nov. 30.