Factory activity in New York state contracted for the fourth straight month in November, as a strong dollar and slow overseas growth continued to drag down manufacturers. 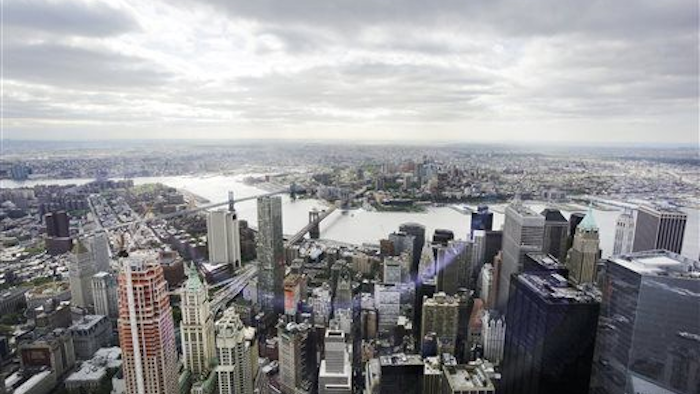 WASHINGTON (AP) — Factory activity in New York state contracted for the fourth straight month in November, as a strong dollar and slow overseas growth continued to drag down manufacturers.

The New York Federal Reserve's Empire State manufacturing index, released Monday, edged up slightly to minus 10.7, from minus 11.4 in October. Still, any figure below zero indicates contraction.

The survey found that factories cut jobs for the third straight month. New orders also fell, though at a slower pace.

U.S. manufacturers have been hammered this year by a slowdown in China, the world's second-largest economy, weak growth in Europe and a stronger dollar, which makes U.S. goods pricier overseas. Falling oil prices have also cut into orders for steel pipe and other drilling equipment.

There are signs the manufacturing slowdown could be bottoming out. The overall index and measures of shipments and new orders rose last month, even as they stayed in negative territory.

Other recent data have also suggested that factory output could turn around. The Institute for Supply Management, a trade group of purchasing managers, said earlier this month that its measure of new orders received by U.S. manufacturers jumped in October. And a gauge of production rose for the first time since July.

In the Empire State report, a measure of employment ticked up slightly to minus 7.3, from minus 8.5.

A separate category showed that New York manufacturers are cutting back sharply on their stockpiles, which can slow production in the short run. But reducing excess goods in warehouses and on store shelves can set the stage for a future rebound if customer demand stays high, forcing companies to restock goods.