Signs indicate that investors are concerned about the longer-term geopolitical ramifications of the attacks. 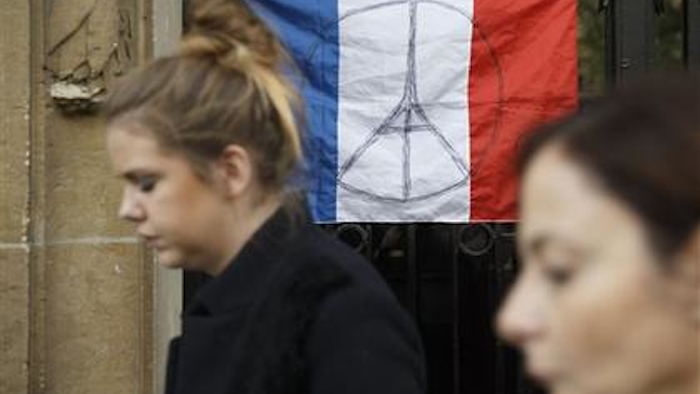 In their first response to the attacks in Paris, which killed 129 people, markets proved to be more resilient on Monday than many analysts had anticipated.

Though Friday's atrocities on the streets of Paris could hurt consumer sentiment across Europe in the short-term and raise concerns over longer-term geopolitical risks, investors are so far managing to hold their nerve.

"In a sign of resilience, there is no sign of the panicked trading that could have been justifiably expected," said Connor Campbell, financial analyst at Spreadex.

After opening modestly lower following the earlier retreat in Asia, most stock markets in Europe were trading higher. Germany's DAX was up 0.1 percent at 10,722 while the FTSE 100 index of leading British shares rose 0.4 percent to 6,144. Even the CAC-40 in Paris had clawed back most of its early losses to trade just 0.2 percent lower on the day at 4,796.

Wall Street was poised to open modestly higher, with Dow futures and the broader S&P 500 futures up 0.2 percent.

Though stocks are holding up overall, there are some signs that investors are concerned about the longer-term geopolitical ramifications, particularly in the Middle East, from which a large part of the world's oil comes from.

Gold, which investors traditionally buy as a safe haven, was in demand — the price of an ounce was up 1 percent at $1,091. And a barrel of benchmark New York crude oil was up 2.5 percent at $41.76 a barrel.

The attacks could also have an impact on the fragile economy of France and Europe by discouraging people from spending on nights out, travel and entertainment. The euro was down 0.4 percent at $1.0733.

"While not wanting to second guess the effect of the events of the weekend the closure of France's borders, along with other security measures, the impact on consumer confidence could well be considerable in the coming days and weeks," said Michael Hewson, chief market analyst at CMC Markets.

Consumer spending was the main driver of economic growth for the 19-country eurozone in the third quarter. The currency bloc grew by a mere 0.3 percent, leaving it exposed to shocks.

Analysts say the Paris attacks make it even more likely that the European Central Bank will expand its stimulus program at the conclusion of its December meeting.

There's even speculation that the attacks may be enough to put a brake on a rate hike from the U.S. Federal Reserve in December, which would be its first in more than nine years.

"At this juncture, it is easy to see that the Fed's intentions to 'normalise' monetary policy could be derailed by a combination of adverse domestic economic and external events," said Neil MacKinnon, global macro strategist at VTB Capital.